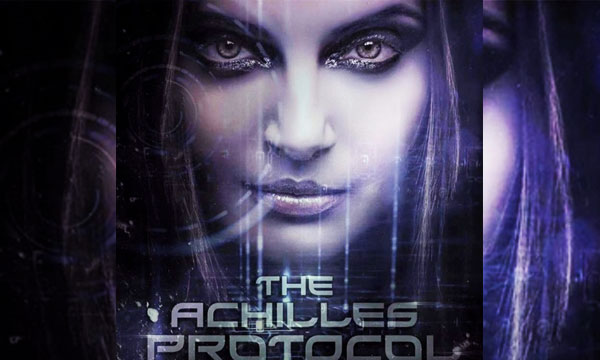 It seems that there is no stopping for the rising Pakistani starlet Armeena Rana Khan. Soon to be seen in Yalghaar and Jaanan, Khan is all set to star in an English movie Achilles Protocol.

The actress is super excited to star with British actor ‘Christopher Faith  in the movie ‘Achilles Protocol’.

Check what the status on her page has to reveal.

Apparently, Khan who is relatively a fresh face in the world of stardom has unlocked a massive achievement for herself with her feat in British cinema. The Bin Roye beauty will be playing the leading lady in Janaan, produced by Reham Khan and Hareem Farooq while being directed by Osman Khalid Butt.

From simple Meena in Janaan to a totally slick avatar in The Achilles Protocol, Armeena Rana’s upcoming British movie project is will definitely leave you amazed!

The movie is a British sci-fi film flick that is totally different that the projects Armeena has done before.  “This is the first time I will be seen in this avatar,” said Armeena. “It is a far cry from the regular portrayals of [women] that the Pakistani audiences are used to. I am playing the main antagonist and female lead in the film.”

“It’s a science-fiction movie and naturally, the technical requirements of European cinema are very different from Pakistani projects. I have to completely step out of my Janaan and Yalghaar state of mind and immerse myself in a different way of acting so I’m studying a lot of independent English films to adjust my methodology and I’m reading a lot of sci-fi literature,” Armeena shared.

Armeena told Dawn images, “We have high expectation because the people involved are highly skilled and capable. This is an extremely technical film designed to compete with other cutting edge work.”

The film will be a short movie that will primarily release on the International Film Festival circuit, having an international release.

Her upcoming projects include Pakistani film Yalghaar and a feature film.