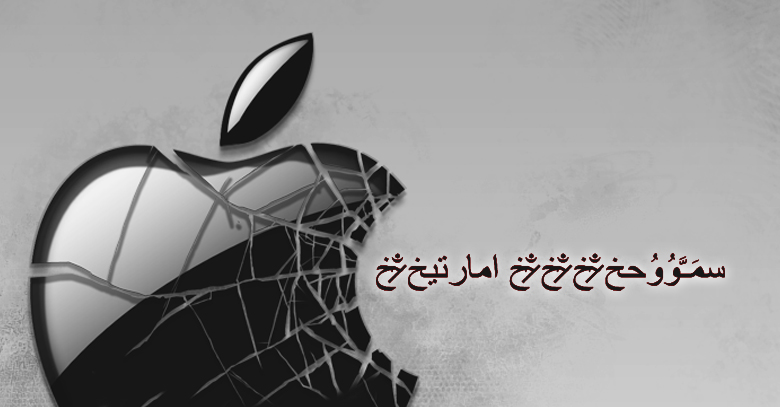 A Russian website, on August 28, by the name of Habrahabr.ru, allegedly discovered and posted a string of random Arabic characters that can crash any application on the current version of MAC OS and IPhone iOS.

As the awareness increased about the influence of this bug, people have started to use it as practical jokes on each other. Since the bug is based on Apple’s core text API for rendering text, it crashes any application that happens to be even displaying it.

The bug seems to affect all applications the same way be it iMessages, Safari, Chrome or even someone’s Wi-fi Hot Spot name. Firefox remains to be immune from the bug’s affects due to the use of its own text rendering system.

The seemingly harmless thread of characters can be really annoying when used with apps such as iMessages. The way messaging service for iPhone is designed, if these ‘alleged characters’ appear even once in a text message, it can cause the messaging application to shut down repeatedly.

Facebook application for Apple doesn’t seem to support the text and hence, get effected by it entirely, showing a message ‘Content Blocked’.

Apple officials have been silent about this matter; fortunately a few third-party applications have taken remedial steps to achieve immunity from the bug.

The brighter side to this news is that the bug doesn’t seem to effect the iOS 7 or even MAC OS X Mavericks. Unless proven to be otherwise mostly considers this bug a mere inconvenience for users of vulnerable Apple devices.

However, this could just as easily change if someone figures out how to blast the characters into messages that are consumed by large numbers of Mac and iOS users or let’s suppose if hackers find a way to trigger remote code execution.

Again, one option for working around the threat is to use the Firefox browser as much as possible, because it doesn’t rely on Core Text for rendering and is unfazed by the exploits.