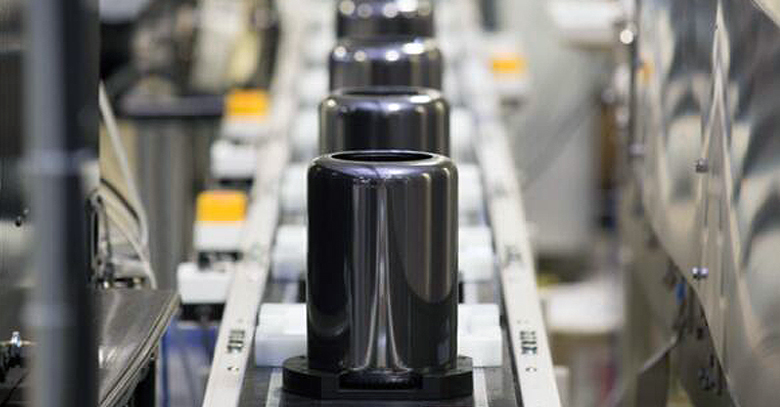 Apple has officially started the manufacturing of its new Mac Pro in the United States. Apple has long been considering to manufacture an ‘All American’ product and with Mac Pro that dream has become a reality.

Mac Pro has a cylindrical design which boasts a performance twice as fast as the current model, while using 70 percent less power. It is the first ever Apple product with domestically manufactured parts.

Equipped with Intel’s latest Xeon chip, depending on the chip’s power and memory the price ranges from $2,999- $3,999. More than 2000 people in over 20 states are employed to work on Mac Pro.

The company’s 2012 promise to domesticate some of Apple products which are assembled in Texases with components made in Florida and Illinois and equipment from Michigan and Connecticut caused a lot of criticism and discontent from labour activists in China where the majority of company products are built.

The new Mac Pro is said to contribute less than 1% to Apples sales in 2014, however the analyst at the company expect a sale of 1.1 million units by the end of 2013 compared to 300 million iPads and iPhones.

As the labor cost rises in China it still sets 60% below than the American wage rates thus making it an attractive option to set up manufacturing plants in.

The efficient supply chain network set up by Apple in China and lower labor costs are two major factors as to why Apple would never shift its high-volume manufacturing products like iPhone or iPads to the United States.

Apple may never opt for an all out American manufacturing plants for its high-end products but with Mac Pro they have taken a start and it is likely that its competitors will catch up to the trend.