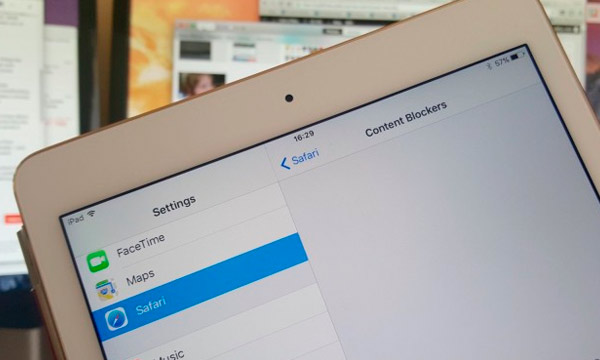 With iOS 9, Apple has added a special case of an extension for ad blockers. In order to provide an uninterrupted experience to its users, its Apps can now include ‘content blocker’ extensions  that define resources (like images and scripts) for Safari to not load.

The company believes that apps installed by users should remain private and therefore, intends to prevent app developers and advertisers from accessing data generated by other apps. Usually, such data is typically stored on an iOS device and is used by major apps like Facebook and Twitter in order to find out what ads are relevant for each consumer.

Apple is trying to put an end to the use of an application programming interface (API) called “canopen URL”. To understand what this API does, let’s take an example. Suppose you tend to download a lot of gaming apps. Through “canopenURL”, it would be possible for an advertiser to show you ads of another games app that you don’t yet have on your iPhone or iPad.

Undoubtedly “canopen URL” might be useful for the advertisers but at the cost of the privacy of the users!

With the new operating system, Apple will get greater control over when and where advertisements are displayed on its devices. The Safari browser will also receive a privacy-centric overhaul, with more advanced ad-blocking features that will allow iPhone and iPad users to block advertisements.

The new policy is expected to go in effect this Fall but  the possibility exists that the advertisers will find more ways to shout out on the screens but, with this recent blow, one thing is for sure, it won’t be easier as before!