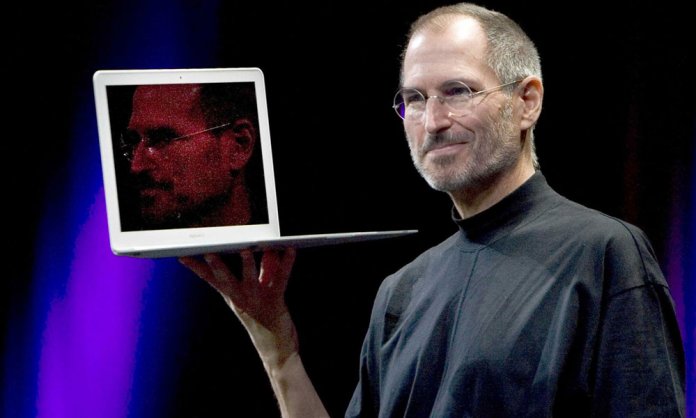 A patent filed by Apple suggests future versions of the brand’s MacBooks may get a Microsoft Surface Book-style hinge.

Apple appears to be working on a new concept for the Macbook. According to a patent filed with the European Patent Office, the Cupertino-based tech company is developing a laptop enclosure with a “flexible portion” that “may allow the rigid material to be folded in half and thus acts as a laptop clamshell.”

The Apple patent reads “A top portion may support a display screen and a bottom portion may support a keyboard, trackpad, and the like, while an interior defined by sidewalls of the rigid material may house a variety of electronic components….In this manner, the enclosure (or a portion thereof) may be created from a single rigid material, while still providing flexibility and bending for the enclosure.”

Images from the patent demonstrate the curve of what the brand has dubbed a “living hinge,” which doesn’t follow the trend of slimming down the laptop; in fact, it’s the opposite, it appears bulky, however, it could give a more seamless look.

Microsoft did something very similar in 2015 — with an added bonus. The company’s “dynamic fulcrum hinge” supports a detachable screen allowing the Surface Books to have two functions. It looks and acts like a laptop, however, when the screen is disjointed, turned 180 degrees and clipped back down, the Surface Book has a new tablet mode.

It has yet to be seen whether Apple’s version will come with added advantages, or when the brand even adopts this new design, if ever.