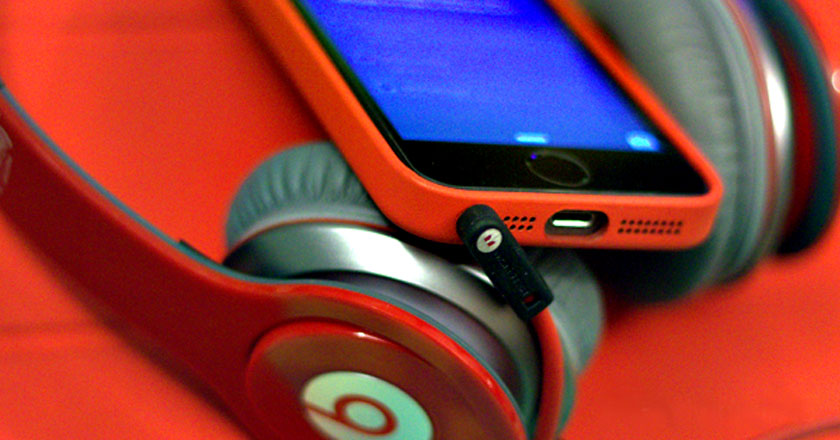 Apple is looking forward to attain a larger market share of the music industry. Recently, the tech giant has shown interest in acquiring the Audio Electronic giant, Beats Electronics for $3.2 billion, according to a report by Financial Times.

While it is still not clear as to why the tech giant would splurge on such a deal, our best guess says that Apple wants to create a point of differentiation by integrating Beats by Dre to its product line, making Apple products even more desirable and valuable for customers.

The deal is currently underway, but if finalized, the deal would be Apple’s largest and most expensive acquisition till date.

iTunes has not been doing so well lately, providing a more reasonable purpose for the purchase of Beats Electronics by the tech giant. As Beats also owns its own streaming media service, it can tie up nicely with iTunes Music Store, giving it the desired boost.

When it comes to shopping, Apple is quite a miser or maybe a much shrewd corporation than others likeMicrosoft, Google and Facebook. All of these have exceeded a $10 billion mark, while Apple has not, yet it is equally profitable. This tech-giant is known for its dangerous but witty decisions, like the launch of iPhone.

Not so long ago, HTC also bought 50.1 percent shares of Beats at $309 million. The company however sold it later in two chunks, one at a net loss of $4.8 million while the other at a profit of $85 million.

Though, the analysis tells us, that HTC could have made a fortune of $1.29 billion from the sale, i.e. if it still would’ve had those shares.

So far we can only guess what Apple has up its sleeves, the truth can only be known once company decides to reveal it.