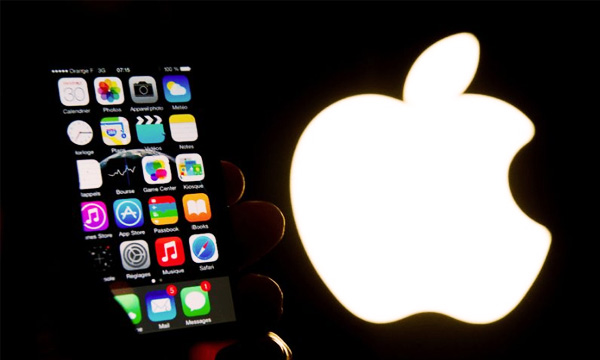 New iPhone and iPad models likely to be unveiled Monday are aimed at helping Apple keep momentum in the fast-evolving mobile device market. Apple is widely expected to release a small-screen iPhone to encourage replacement of the 5S and 5C models, which have four-inch displays. The new device is to be called the iPhone SE or 5SE, reports said.

The media gathering at the company’s intimate Town Hall auditorium in Silicon Valley will also give Apple a chance to restate its case for fighting a US government demand that it break into an attacker’s iPhone.

This would help Apple in a traditionally slow season before the likely upgrades to the large-screen iPhone 6 family later this year.

But in keeping with its practice, Apple has been tight-lipped about what it will reveal.

A message on copies of the invitations posted online simply states “Let us loop you in,” prompting some to speculate that new bands for the Apple Watch would be among the announcements. A four-inch screen iPhone which boasts improvements under the hood could help spur replacements.

Such an iPhone would be “an incremental positive” for Apple, ensuring that lovers of the company’s smaller smartphones don’t switch to rival devices powered by Android software, RBC Capital Markets said in a note to investors.

RBC projected that sales of a new handset would tally between 10 million to 15 million annually, giving Apple fans an option for upgrading before an iPhone 7 debuts late in the year.

The new iPhone will likely be priced to shore up the low-end of Apple’s line but not to compete in the budget-priced smartphone market, according to analysts.

“I am not expecting a ton of surprises,” Creative Strategies analyst Ben Bajarin said of what Apple has in store for Monday.

“The biggest news will be pricing for the newer iPhone.”

If Apple lowers the price for the new device — existing big-screen iPhones start at around $650 — it may be able to expand to new segments of consumers.

“I suspect this is far more about boosting off-season sales than it is about introducing a new iPhone at a dramatically lower price point, for example, for emerging markets,” said Jan Dawson of Jackdaw Research in a blog post.

But Dawson said the new handset could be priced as low as $450 without subsidy to help Apple make inroads in new markets.

This would enable Apple to sell refurbished iPhones at $250 to $350, according to Dawson and “suddenly allows the iPhone to hit price points it’s never been able to hit before, which in turn could make it more viable in markets like India.”

Reports have also said Apple is poised to introduce a new iPad tailored for use by businesses.

The media event takes place a day before a federal judge in Southern California hears arguments in the encryption case.

“I do expect to hear a little bit from them because it is so central, not just to Apple,” Current Analysis research director Avi Greengart told AFP.

“Encryption is pretty much the entire digital economy. There is an argument to be made that Apple is out in front and taking the heat for a crucial, industry-wide issue.”

The new iPad may have a keyboard, and Apple Pencil stylus features that make it more attractive for getting work done. Apple has been trying to ignite sales of its tablets, which declined in the final quarter or last year.

Focusing exclusively on Apple hardware can be deceiving since the company has won legions of devotees by weaving software, applications, and devices together to provide people with experiences they enjoy, according to analysts.

“What you are really paying for is software and user experience,” Greengart said of buying into Apple’s world.

“That has been Apple’s business model for many years.”

Apple has built privacy protection into its ecosystem and its valuable brand.

Apple has repeatedly argued that the FBI was overstepping legal bounds by using the 1789 All Writs Act — a broad law which allows the courts to help law enforcement — to compel the company to help break an iPhone used by one of the shooters in the December attack in San Bernardino, California.

Apple, which is backed by a broad coalition of powerful rival technology firms and activists, argues that the FBI is seeking a “back door” into all iPhones as part of the probe.

The government brief, in sharp contrast, argued it is a single case of technical assistance in an important national security investigation.