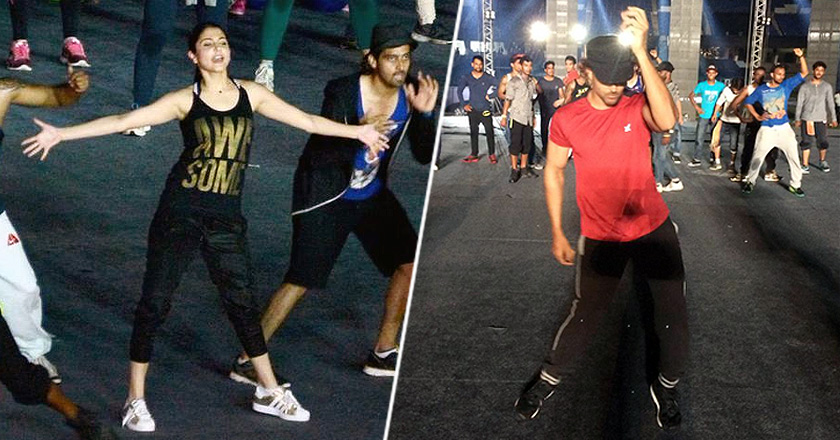 Hrithik Roshan and Anuskha Sharma are in Kolkata to perform at the opening ceremony of the eighth season of the India Premiere League (IPL) on Tuesday. The T20 series will kick start on Wednesday, April 8th.

Going 2 b nostalgic. Happy 2 return 2 where I started.Salt lake stadium. my 1st stage. the date 7th April. See you all at @IPL Opening Nite.

The ‘Band Baaja Baaraat’ actress was clicked rehearsing for her dance performance for the event.

She is expected to perform on her hit tracks at the ceremony. Fellow B’Town actor Shahid Kapoor will also mesmerise the audience with his performance at the event.