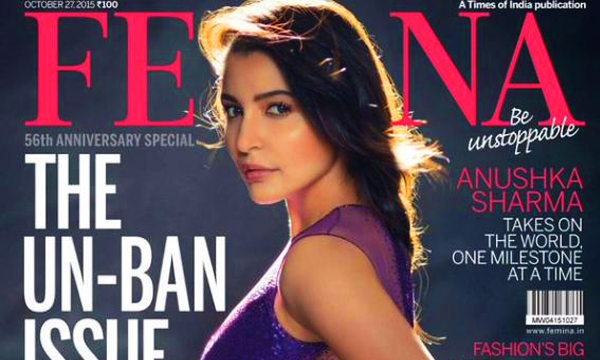 Anushka Sharma shines on October’s issue of Femina India in a sheer and sequined purple dress flaunting her curvaceous figure in a sideways pose. The Dil Dhadakne Do actress has had a splendid success this year, personally and professionally. With her self-produced movie, NH10 receiving critical acclaim and enthusiastic reviews and her love interest, Indian International cricketer, Virat Kohli constantly flying in from different places to give her surprises.

The next venture of the actress is Karan Johar’s Ae Dil Hai Mushkil which is a movie that features Aishwarya Rai Bachchan, Ranbir Kapoor and our very own homeboys, Fawad Khan and Imran Abbas.