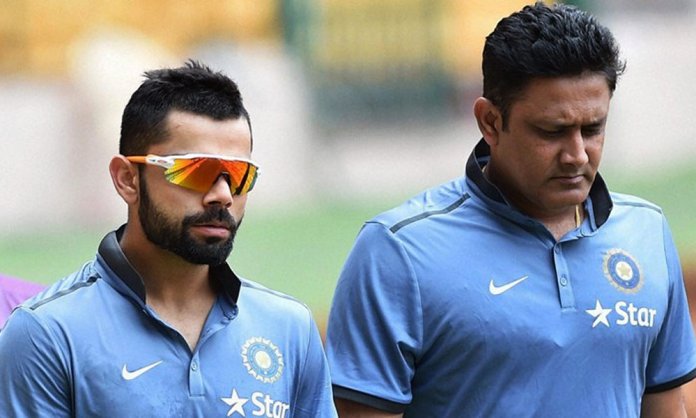 It has only been 3 days since Pakistan won the ICC Champions Trophy 2017, and things in India are not looking good.

The situation was so terrible that MS Dhoni had to increase security at his residence because of the violent protesting crowd.

That’s not all that happened, Anil Kumble, Head Coach of India resigned from his position after blaming his men in blue for the loss, especially skipper Virat Kohli. Kumble, who had stayed in the UK after the final as the team left for a limited-overs tour of the Caribbean, wrote:

“I was informed for the first time yesterday by the BCCI that the captain had reservations with my ‘style’ and about my continuing as the head coach. I was surprised since I have always respected the role boundaries between captain and coach.

Though the BCCI attempted to resolve the misunderstandings between the captain and me, it was apparent that the partnership was untenable, and I therefore believe it is best for me to move on.”- ANil Kumble

Communication between Kumble and captain Kohli had already broken down weeks before, and the two maintained a discreet distance during their month-long stay here in England for the Champions Trophy.

The cricket advisory committee (CAC) – consisting of three legends in Sachin Tendulkar, Sourav Ganguly and VVS Laxman – which is tasked with choosing the next coach, will discuss the next course of action via a conference call (Laxman is back in India while Tendulkar and Ganguly are still in London).