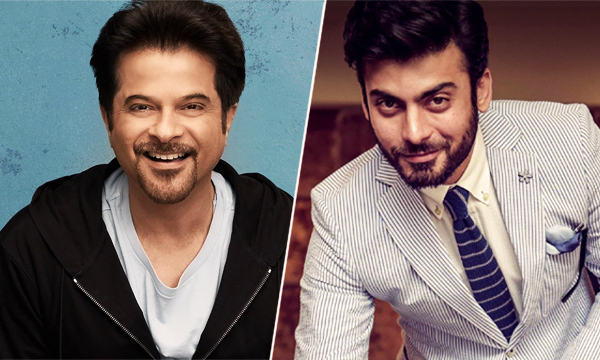 According to BBC Urdu, the actor thinks Fawad Khan is extremely good looking and equally talented. Anil Kapoor gave Fawad Khan his first break in Bollywood alongside his daughter Sonam Kapoor, in the movie Khoobsurat. “He is extremely handsome and works really well,” Anil said. “I wish he gets success, not just in Bollywood but worldwide,” Anil added, mounding praises for the Khoobsurat actor.

Anil even talked about the ban of Neerja in Pakistan, sounding quite disappointed. “I’m sad the film wasn’t released in Pakistan. I am unaware of the reasons it hasn’t been able to release in Pakistan,” Anil said. Sonam gave an exceptional performance in Neerja. He is well aware of his fan following in Pakistan as well, and the actor sent all his love and gratitude to the Pakistani supporters.

Fawad Khan and Sonam Kapoor’s chemistry in Khoobsurat was much appreciated and it was then when the Bollywood audience and celebs alike started falling in love with Fawad Khan. Fawad Khan donned a royal avatar in the movie while Sonam played a bubbly, happy-go-lucky girl who falls in love with the actor.

The Pakistani king of hearts will next be seen in Ae Dil Hai Mushkil alongside Aishwarya Rai, Ranbir Kapoor and Anushka Sharma. Cannot wait for this flick to hit the screens soon. The teaser trailer for Ae Dil Hai Mushkil will be out on August 30th.