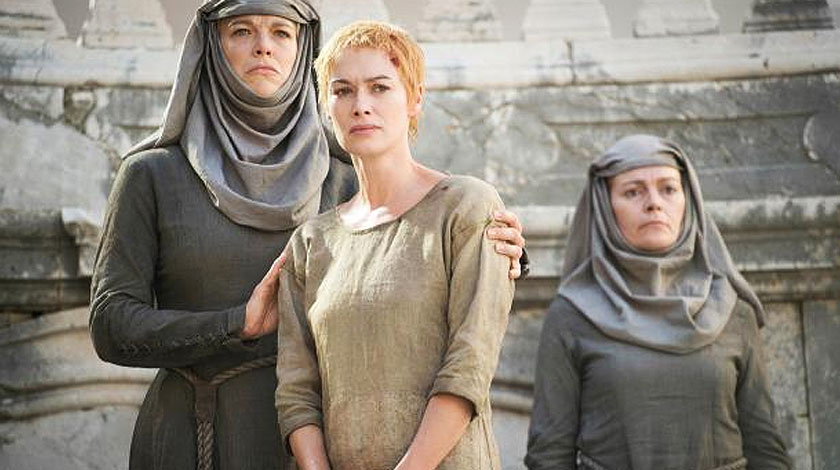 Game of Thrones’ fiery season five finale has us all reeling from the pure torture of it all. Just when we thought it couldn’t get any worse; Daenerys was left to fend for herself after flying away on Drogon or Sansa getting brutally violated at the hands of the hateful Ramsay Bolton.

BAM, the show decides to hit us right in the feels with even more deaths than at the Red Wedding.

We see Cersei’s ‘Walk of Shame’,  shorn of that gorgeous blond Lannister hair and stripped completely naked, before being forced to march through the streets of King’s Landing in front of a baying mob while there was disbelief over the fate of Jon Snow.

Our beloved Jon Snow, also known as the Lord Commander was brutally butchered by his fellow brothers of the Night’s Watch, but he was just one of many to die.

Jumping from one shocking scene to the next, we also witness Stannis Baratheon executed at the hands of Brienne of Tarth, just hours after his wife Queen Selyse hanged herself. Truth be told, he deserved it for burning his only daughter.

Overall, the finale is a bustling episode that balances the emotional weight of horrible things befalling characters we like and care about with the inevitable reciprocation of horrible actions being brought upon those who have wrought death and destruction in the first place.

Tens of thousands took to Twitter to express their disbelief with the hashtag #GameOfThronesFinale as the season came to a brutal conclusion.

Anyone else feel this when watching last night’s #GameofThronesFinale pic.twitter.com/8Su8jbyIgO

Feel like they wanted to shove all the insane scenes together in one final hurried episode. Impactful but crowded. #gameofthronesfinale

This is an accurate representation of me watching the #GameofThronesFinale last night… pic.twitter.com/FZCvYGDnwi

They say never go to bed angry, after watching the #GameofThronesFinale I don’t really have a choice

I watched the #GameofThronesFinale – quick question @HBO -when does someone come over to hold me?

After the #GameofThronesFinale can we now find out what happened to these missing characters? http://t.co/F2IfwjRrT6 pic.twitter.com/fL4V8pxIhf

And this sums up a huge part of my feelings! #GameofThronesFinale pic.twitter.com/A7kUk0tuSb