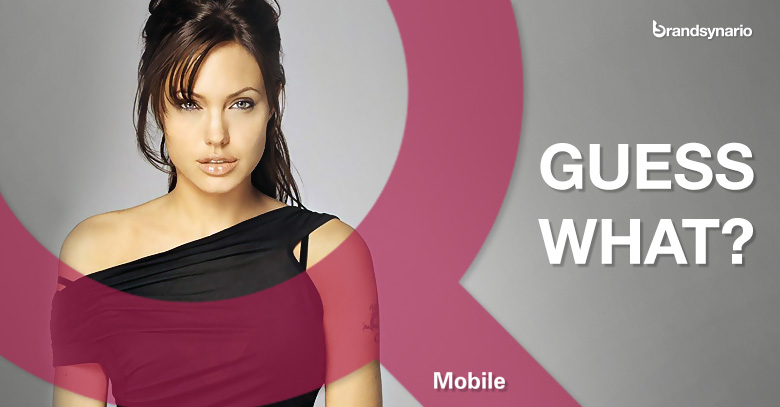 That’s right, breathe in and accept – it just might be true.

Sources who confirmed Brandsynario of Kareena Kapoor’s appearance in QMobile‘s Ad, have now revealed an even bigger news that the Pakistani brand is in negotiations with Angelina Jolie for their next Advertisement.

Out of the exclusive three Hollywood celebrities, Angelina Jolie has been finalized on account of her popularity which exceeds that of the other two in Pakistan and Worldwide collectively. Negotiations are in process, and Jolie might just be the next official face of QMobile.

Why Angelina? Why not Another Expensive Bollywood actor or some Recognizable Pakistani Star?

To begin with, Angelina’s work for the salvation of Refugees as an ambassador of UNHCR has made her recognizable in Pakistan among all social classes.

Well, if Angelina Jolie actually does appear in QMobile’s AD, the five year old Pakistani giant would conquer the last of Pakistani ‘grounds’ – the upper class audience, or in other words the iPhone, BlackBerry, Nokia Lumia, Samsung and HTC Brand loyal(s).

Hiring Angelina Jolie is also the perfect answer to Qmobile’s dilemma of how to take the brand on global platforms. After all, QMobile’s Indian counterpart ‘MicroMax’ also featured a mainstream Hollywood star ‘Hugh–The Wolverine–Jackman’.

The move was believed to be one of the most expensive in MicroMax’s corporate strategy but experts named it to be the company’s surge into International Markets.

Mian Zeeshan Akhtar – The CEO and Mastermind of QMobile, came back from US after the completion of his studies not more than 11 years ago.

As of now, the thirty-year old entrepreneur has not only founded firm feet in the ever-evolving smartphone industry taking on companies like Nokia, Apple and Samsung but Zeeshan has now officially blew them out of competition in terms of local market sales.

With more than 100 varied selections of cellphones, QMobile has hired one celebrity after another to compensate for the superior hardware quality and product resilience offered by Nokia, its biggest competitor in Pakistani market.

QWERTYs, Smartphones and Keypad phones, QMobile has everything under its name, thus capturing the economically diverse Pakistani market.