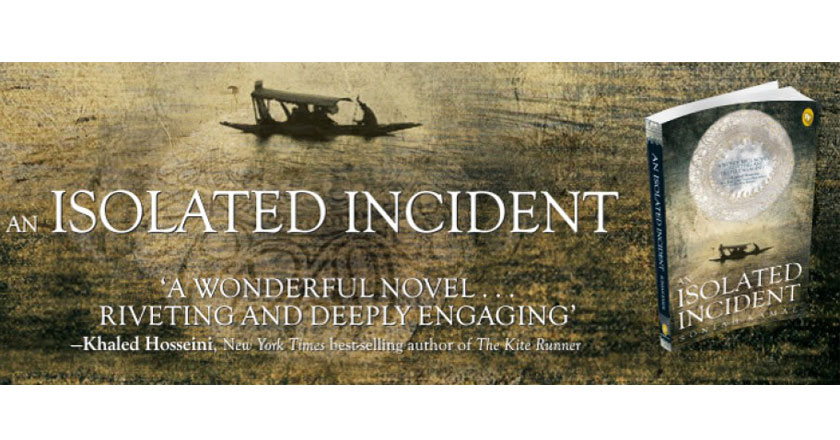 Pakistani-American author Soniah Kamal launched her debut novel An Isolated Incident in Karachi through an interactive session held at The Second Floor (T2F).

A saga of loss, love, and survival set in Kashmir, Pakistan, Afghanistan and America, An Isolated Incident explores how to survive the most devastating losses of all– the loss of family and ideals.

More than 20 years in the making, Soniah conceived the idea in her youth. She took the next several years to develop the story, and she finally began to write it after promising her late Kashmiri grandfather that she would write about Kashmir.

The event featured a book reading of the novel after which the author participated in a candid question and answer session with moderator Fahad Kamal.

After Karachi, Soniah Kamal will next be travelling to Lahore to launch the novel at Liberty Books on 30th December which will be followed by another launch event in Islamabad at Kuch Khaas on 6th January 2015.

An Isolated Incident is the story of Zari Zoon, a young woman refugee from Indian Kashmir, who has come to the United States after a devastating tragedy to live with a distant uncle and his son, nineteen year old Billy.  Zari and Billy are drawn to each other, Zari by her need to connect after her trauma, and Billy who finds his life in a D.C suburb unfulfilled, and discovers in Zari and her past a reason to live, and to go to war. Brought up on the tales of his grandfather’s heroism, Billy is eager to live up to his grandfather’s freedom fighting days, but little does he realize that the truth he believes will set him free can just as easily imprison him.

As Billy travels from a jihadi training camp in Afghanistan and from there to Pakistani Kashmir, his dinner table ideals and loyalties are tested—do they lie with a religion and God he’s always been unsure of or with his beloved country whose ideals and values he’s beginning to question?   Back in the U.S., Zari is also beginning to question herself and her God as she strives to find the meaning home and hope in a precarious world where healing herself depends on perhaps more than just taking revenge.

“I wanted to explore the role of silence, and speaking up, in memory and history both personal and collective. As for inspiration – the maternal side of my family is from Srinagar and one summer, relatives visiting Lahore related how difficult life in Kashmir was (at the time) and that a late night knock could very well mean death or even worse. I could not get the ‘even worse’ out of my mind and the story and Zari’s character were born in tandem. Billy was born when a schoolmate’s brother ran off to become a ‘freedom fighter.’ This was a boy from an affluent family, he’d studied at elite schools, was a stellar student, was supposed to make his mark on the world- only, not in the way he did, and I saw how his act changed his family. Then it was just a matter of bringing these two worlds together.”

After being released in India by publishing house Fingerprints!, An Isolated Incident is now available in Lahore at Readings, Variety Books, Ferozsons and Vanguard Books; in Karachi at Speedy Books, Liberty Books, Say Publications and Fazli Sons; and in Islamabad at Saeed Book Bank, Mr. Books and Variety Books at PKR 595.

The book is also available online on Libertybooks.com, 786cart.com, Uread.com, Flipkart.com and Amazon.in.