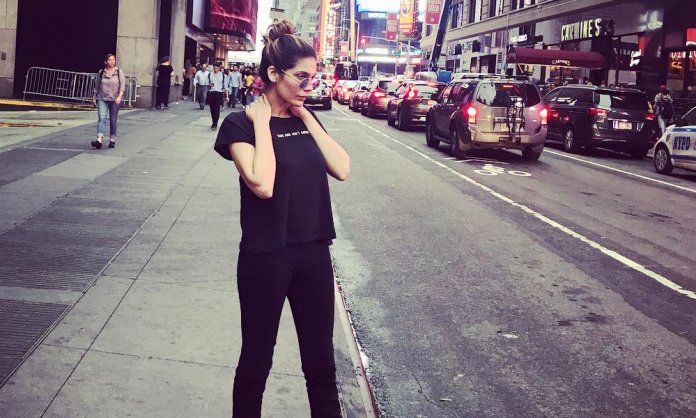 Update: After Amna Baber boldly called out her harasser on social media, the culprit has now issued an apology to the supermodel.

In yet another Instagram post, the starlet posted a screenshot of the message in which the young boy apologized to her for his shameful act. 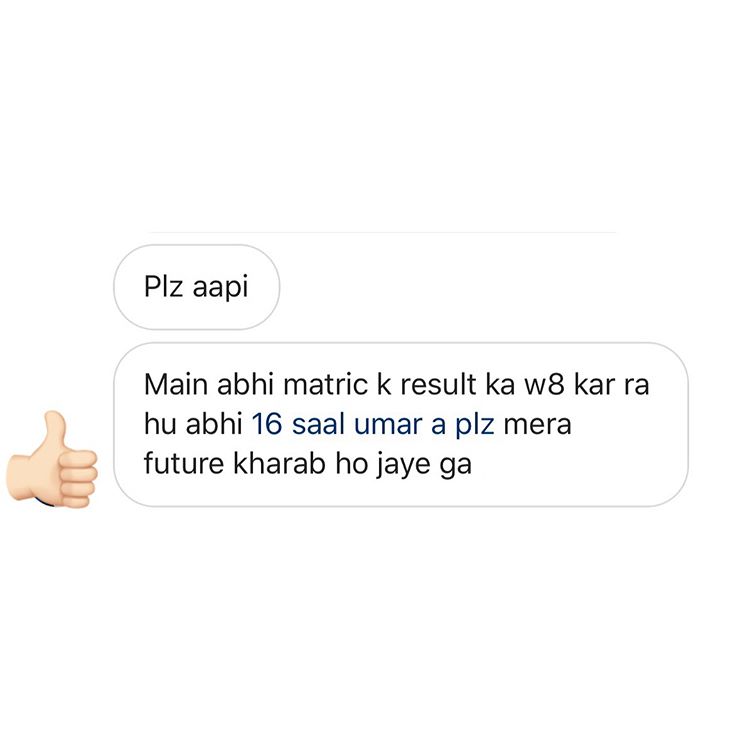 However, Amna stated in her post that she has decided to give the teenager a second chance. 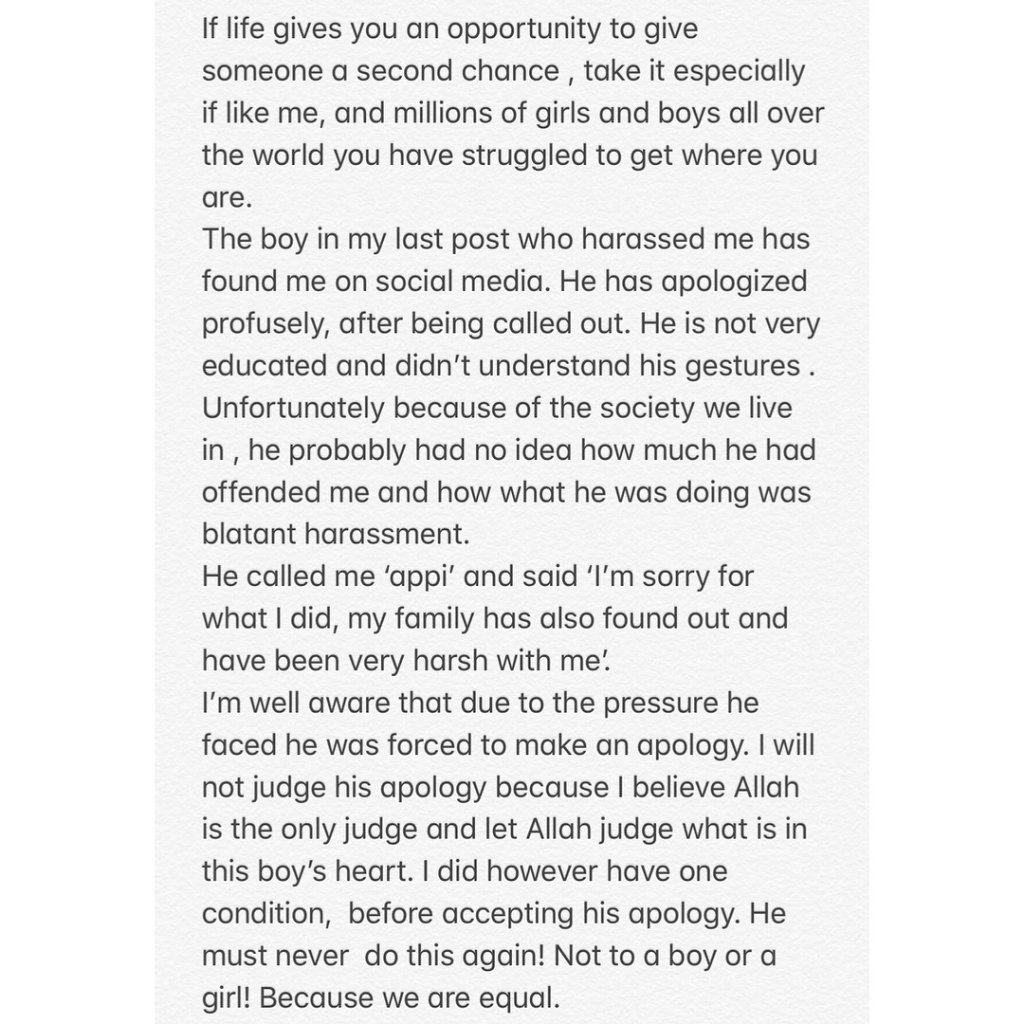 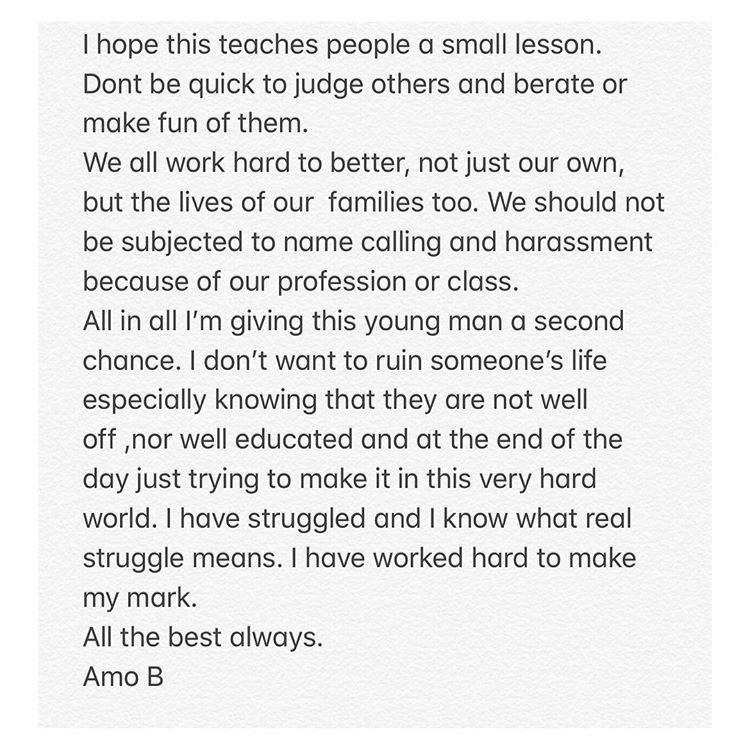 It was indeed brave of Amna to put this matter up and so kind of her to forgive him. More power to the model.

Every passing day, cases of harassment and abuse are slowly coming out in the open with the global #metoo campaign gaining strong momentum.

No longer are women staying quiet. Instead, they are speaking out against harassment and taking a stand against their harassers!

Pakistani celebrities like Meesha Shafi, Nadia Jameel, Frieha Altaf and Mehwish Hayat too broke their silence and shared their bold stories with the world!

Now joining their ranks is the much-loved Pakistani supermodel, Amna Babar who recently became a victim of eve-teasing and harassment.

Recalling the harrowing incident, she revealed in an Instagram post how a group of boys started following her, made lewd gestures towards her and called her offensive names.

On the way to pick up her mom from her place, Amna stated that she was alone and the boys followed her all the way till she dropped her mom at the mall! 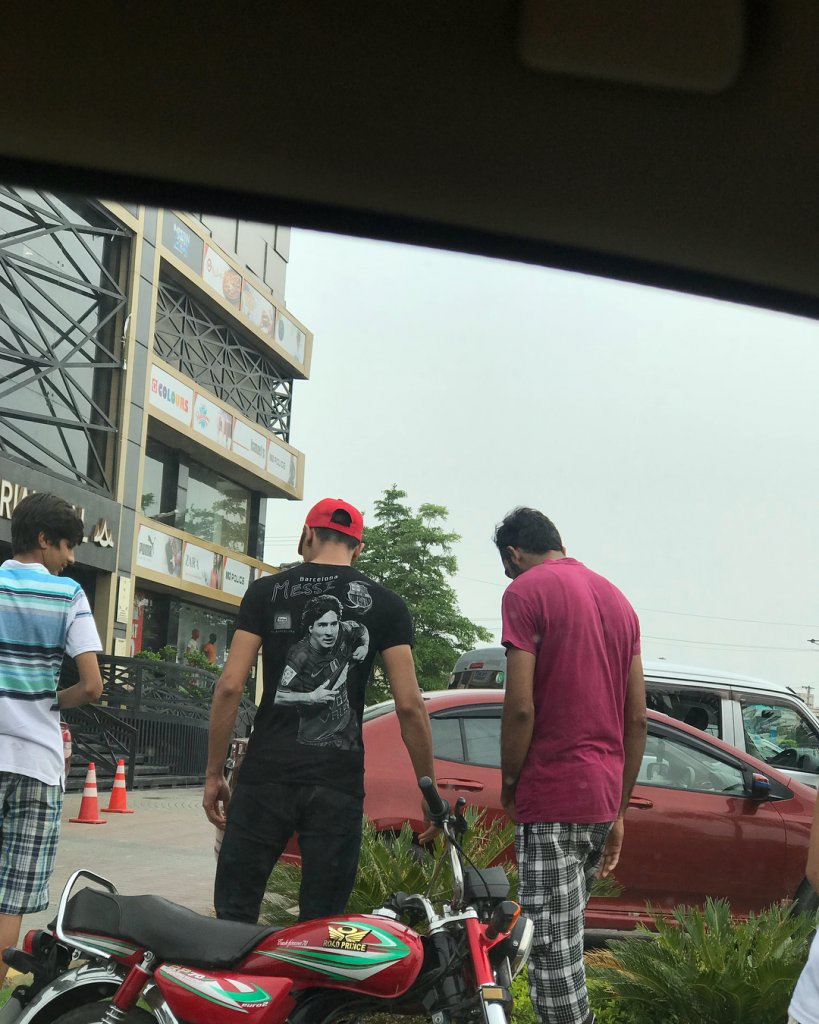 She recalled the anxiety, horror, and anger she felt towards not just these young men but also at the society for bringing such culprits to book!

Sharing her story on Instagram, she posted a picture of the boys who harassed her:

I am very disturbed and upset after what just took place I truly wonder what kind of society we live in ?
I was driving home after running some errands to pick up my mom and these boys started making obscene faces started swearing at me and kept calling me names I was alone got scared as no one even tried to help me and went to pick up my mother and took her to the mall there I saw them again I took pictures of them and one of them showed me the middle finger and called me a badmash
My mother got upset to and she took of one of her shoes these boys were then told by other people to run way
Why do men feel the need to threaten women and girls when will this ever stop ???? Why do people just stand and watch why is this acceptable????

While Amna remained physically unharmed, she suffered mental and emotional abuse subjected to such a traumatic experience. However, by sharing her experience on social media, she has paved the way for other victims to do so!

Amna’s story is among the thousands of stories that go unheard in our society – especially in rural areas – which makes us wonder why we remain silent about such matters? Why are we so afraid to speak up and take actions against these culprits?