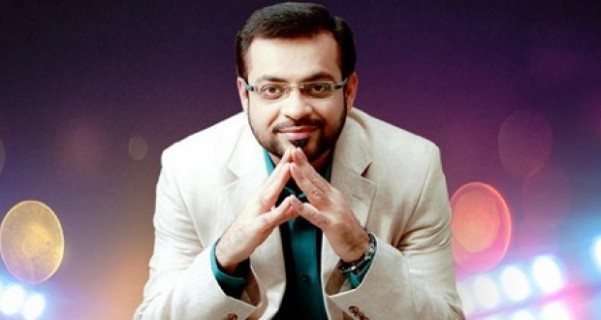 UPDATE: Amir Liaquat fell short on the 44-hour-long transmission, as he could only manage a 33 hours, 16 minutes and 32 seconds at a stretch. Which, we have to hand to him, is an achievement in it self.

May be Amir Liaquat aimed too high, reached too far when he set out to break the record for the longest Ramazan transmission TV. Little did he know that this feet would prove too great for him to achieve.

Social media was buzzing with news that the popular TV host is doing the longest Ramazan transmission show for the first time ever in the history of Pakistani television.

Aamir Liaquat made an announced on his Pak Ramazan show recently that he is going to break his previously set record of a 44-hour-long transmission; by doing so the televangelist plans to enter the Guinness Book of World Records.

Thanks my dear brother:) https://t.co/wcuUi2uPCV

@AamirLiaquat Dr Sb you are pride of pakistan we love you

There are some negative remarks too!

Most Amazingly STUPID man, If Mufti Qavi and Andaleb Baloch got married their Kids be like Amir Liaqat. #AamirLiaquatNonStop

#aamirLiaquatNonStop from dusk to dawn is he high??

It has already been 31 hours to the show which is currently ongoing. Will he be able to pull it off?