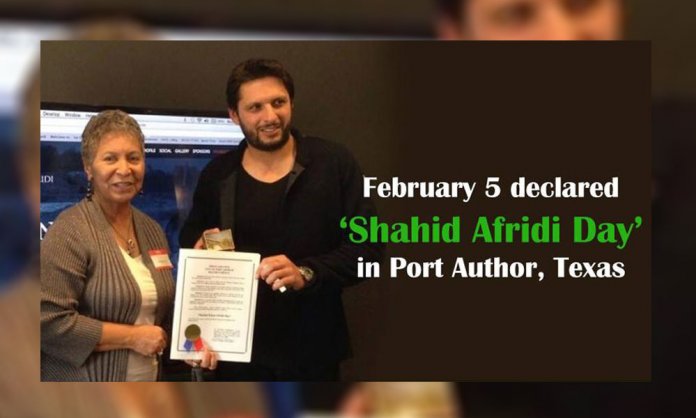 Shahid Afridi, commonly known as ‘Boom Boom’, has achieved a huge name in the cricket world.

He is not only loved by his Pakistani fans but has also secured a safe spot in the hearts of his fans living all across the world.

His critics may argue that he has overspent his career in the cricket fraternity, but they cannot deny his accomplishments and the very fact that Lala is a legend in his field.

Afridi knocked the cricketing doors with a bang! He made the fastest three digits figure at a very tender age of 16. 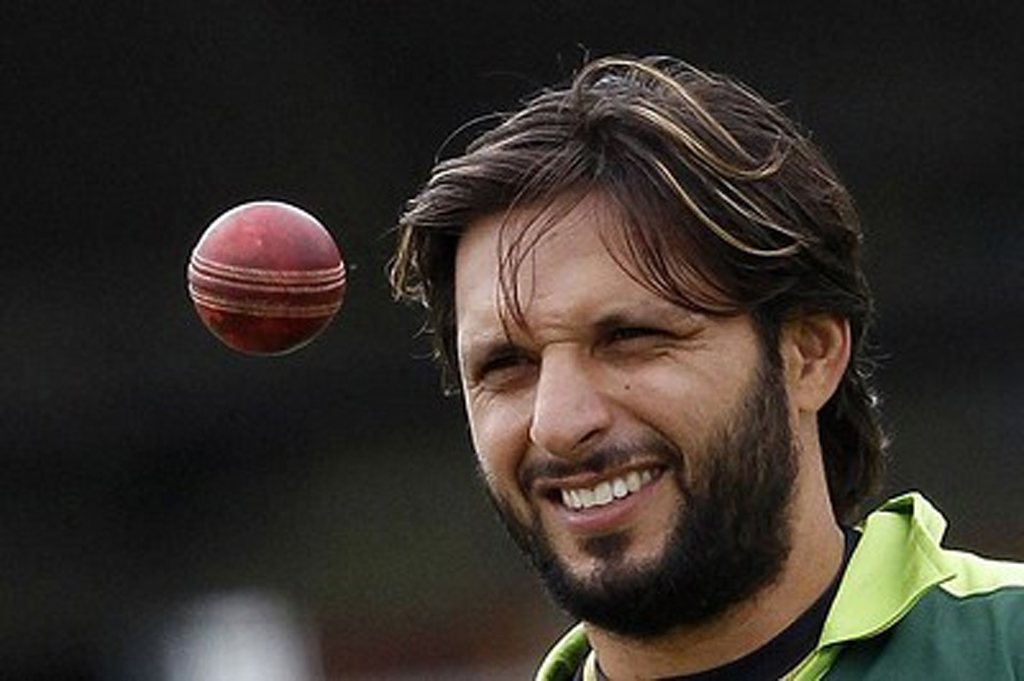 Since then, Boom Boom remains to embellish records like Most Sixes in ODI ie 351 sixes, Most Man of the Match Awards for Pakistan with 32 awards, hence, the list continues.

For his achievements, he was honored by The City of Port Arthur in Texas, United States, in 2014, which dedicated an entire day to him naming 5th February as “Shahid Khan Afridi Day”. 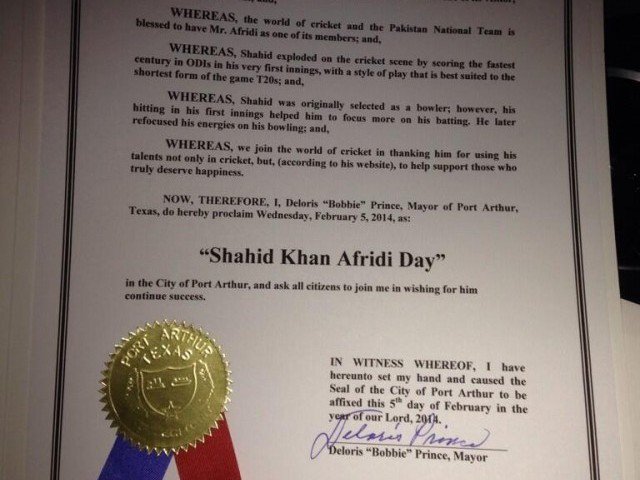 Touched by this gesture, Lala thanked the Mayor of the city by pouring his regards on his twitter account

Honoured to have #ShahidAfridiDay named after me by the City of Port Arthur Mayor’s Office, for my cricketing achievements. Proud to be representing Pakistan at home and abroad, Alhamdulillah pic.twitter.com/LVEh4JRTHm

The man always feel us proud in the ground & off the ground
We celebrate this day #HappyAfridiDay
Cuz u deserve more 😍😍😍👏@SAfridiOfficial pic.twitter.com/qHMLPecQmd

5th Feb Afridi Day !!!
Not a Single Day..But all the 365 days Belong to You Boom Boom😍#HappyAfridiDay 😊🎊❤️ @SAfridiOfficial pic.twitter.com/LvScEr1zrl

Afridi has cast his shadow in our hearts with his sportsman spirit, and hard work. Players like him are a much-needed inspiration for our upcoming young talent.