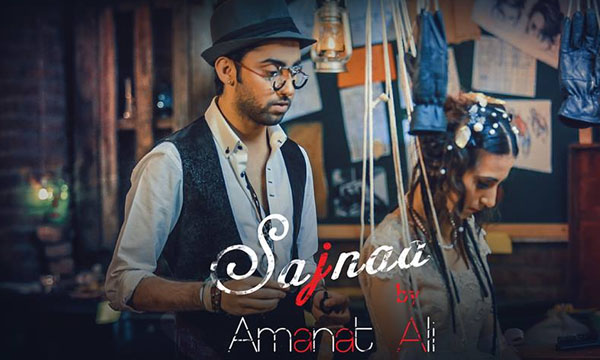 Pakistan’s young pop sensation Amanat Ali reaped popularity by his hit tracks Kohram and Kabhar Nahi. Now after a long hiatus, the singing sensation is returning to the musical scene with a new track “Sajnaa”.

The singer shared the sneak peak of the upcoming tune on his Facebook page. Take a look at the teaser of Sajnaa.

The song bears an uncanny resemblance to the Jal band’s old tune “Sajni” and is all set for a release on September 11.

Previously, Ali has charmed everyone with his magical chords when he starred as a contestant in 2007’s Sa Re Ga Ma Pa and made his way to Bollywood with his song in Dostana.