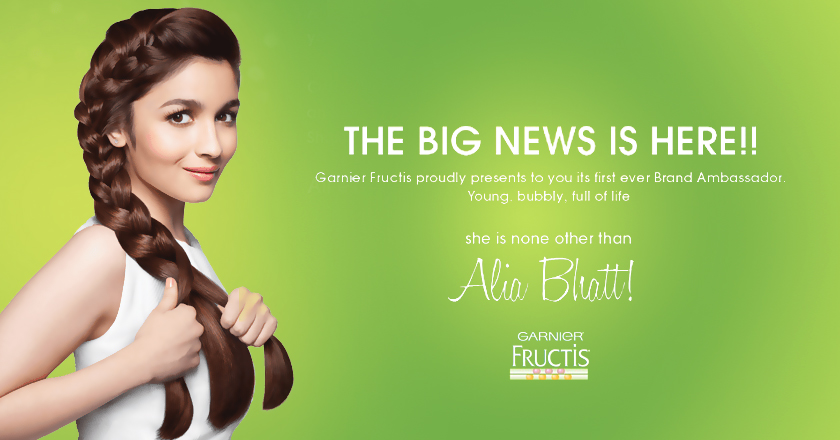 Garnier Fructis, a hair care brand, has announced young, classy and lively Alia Bhatt as new face of Garnier Fuicts. She has also been roped in as the face of Garnier Pure Active range of products.

Alia Bhatt is the perfect brand ambassador as she is a young style icon amongst many and fits into the Target Audience.

“We’re very happy to welcome Alia on board as the face of Garnier Fructis. Her personality and energy finds great synergies with Garnier Fructis. No other brand is as synonymous with youth and vitality as Garnier Fructis. Alia brings both these qualities to the table with her talent and individuality.” Said Garnier GM Rupika Raman.

Alia trusts Garnier Fructis shampoo and seems to be very excited about endorsing the brand according to her latest tweet on Monday.