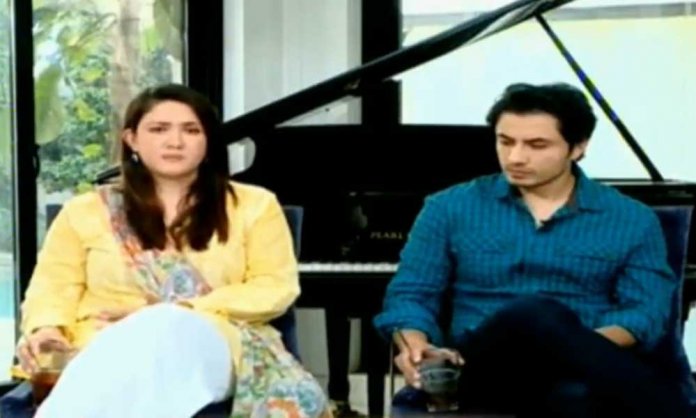 Over the weekend, Ali Zafar and Meesha Shafi’s harassment controversy engulfed social media all over again.

It all started when the multi-talented Pakistani artist, Ali Zafar took to Twitter to reveal major details about the court’s progress on the harassment case.

Here’s what he stated:

Naturally pleased with the court’s decision over Meesha’s case against him, he responded to his opponent’s sexual harassment accusations by saying:

Here’s the copy of Meesha’s case dismissal exonerating me in the eyes of the law. Now I will prove in the eyes of people, with evidence, how she lied! I will also expose the most heinous social media campaign against me that you may ever see. #FaceTheCourtMeeshaShafi

Happy 18 years baby! May our love only grow stronger! ❤️ love you @ali_zafar

She expressed her strong feelings in a tweet while also threatening Meesha for having dragged her husband through the dirt for a year.

What me, my husband @AliZafarsays and my family have gone through at the hands of such criminal cruelty can never be explained in words. The cyber bullying & betrayal by friend(s) has been a big eye opener. Even if Ali lets it go, I will see through it. #FaceTheCourtMeeshaShafi https://t.co/GQ9DtKnwI3

The couple is aiming to turn the tables by starting a campaign with the hashtag #FaceTheCourtMeeshaShafi.

Calling her statements “fake”, the Zafars are urging FIA to now take strict action against HER.

In a long post on social media, Zafar unapologetically made the copy of Meesha’s case dismissal public.

Here’s the copy of Meesha’s case dismissal exonerating me in the eyes of the law. Now I will prove in the eyes of people, with evidence, how she lied! I will also expose the most heinous social media campaign against me that you may ever seen. #FaceTheCourtMeeshaShafi https://t.co/3gEqFpQJhh

Moreover, speaking with Geo about the year-old controversy that began in Lux Style Awards 2018, Zafar broke down into tears:

On Monday morning, the singer appeared on ARY News’s talk show Bakhabar Savera. The couple shared how the whole year was tormenting for the entire family.

Ayesha Fazli stated how their son witnessed the whole matter

“I am also a woman and of course, it has been a difficult time for the entire family. My son is nine years old now. He was eight years old then. And he used to see people coming as if someone has died in our home. Obviously, he was a witness to all of it.

He used to ask me who is Meesha Shafi? So I had to eventually sit him down and explain to him about the accusation against his father”

Watch the complete interview below.

The public and Pakistan’s entertainment industry overall seems to have mixed opinions regarding the case.

On one hand, die-hard Ali Zafar fans are celebrating his court victory, while Meesha’s fans are openly dismissing the decision.

What do you think about the whole “fiasco”? Let us know in the comments below.