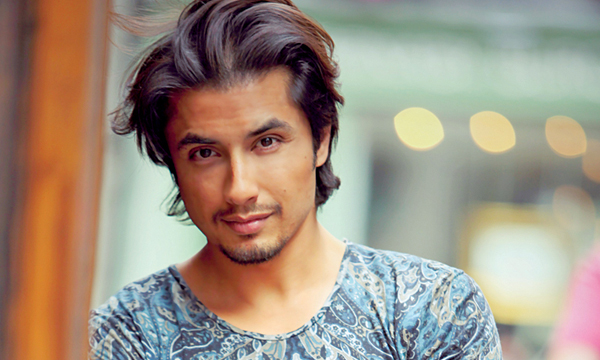 After singing songs for Indian movies like Mere Brother Ki Dulhan and Tere Bin Laden, the singing sensation Ali Zafar is planning to take up the offer of singing qawwali for an upcoming Punjabi movie, Indian Express reports.

Ali Zafar decided to venture into this genre of music after singing a qawwali at the LSA 2016 when paying homage to the national treasure and a renowned qawwal, Amjad Sabri. Ali Zafar does not want to limit his passion to just pop or rock music; he is looking to spread his wings and qawwali may be just perfect. The qawwali will be sung in a special sequence in a Punjabi film.

With a mesmerising voice, we believe Ali Zafar will be just as good with qawwalis as he is with other genres of music.

Rumor has it that Ali Zafar will also have some dialogues in the film for which the rockstar is currently working on his Punjabi accent so as to be able to pull the dialogues off correctly.

The rockstar has claimed that his passion for music is not limited to just one genre of music. He entered this industry with his debut album Huqa Pani featuring one of his most popular songs ‘Channo’- this also got him the Lux Style Award for the best music album.

With respect to his acting career, he already has a movie Dear Zindagi coming up next year where he will be seen romancing the famous Bollywood starlet Alia Bhatt. This movie also features the king of Bollywood, SRK, hence this film is likely to do wonders for Ali Zafar’s acting career.