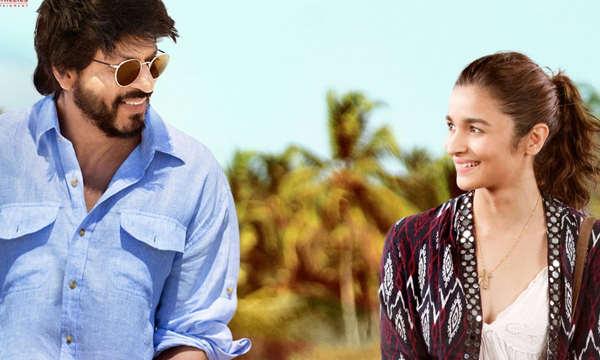 However, this does not imply that Ali Zafar will not be in the movie. The multi-talented actor has an important role in the movie, he plays the protagonist Alia Bhatt’s one of the four boyfriends while SRK plays her life coach.

You must see the latest trailers of the movie here!

Dear Zindagi first look is also out and we are excited! The other three boyfriends are being played by Aditya Roy Kapoor, Kunal Kapoor and Angad Bedi. There is a lot of negative perception about Pakistani actors in India currently.

Directed by English Vinglish famed Gauri Shinde, the film is all set to release on 5th November 2016.

“Dear Zindagi, why can’t Monday blues ever be happy?” asked Bhatt in a short video she tweeted on yesterday evening.

Hmmm need to figure this out? Ok gimme a little time to brush my teeth, just woke up. Getting back to u. https://t.co/i4T2PD9rbb

.@aliaa08 maybe the promise of another better day, will quell the Monday blues. Anything else???#DearZindagi pic.twitter.com/f0yPdY2dNS

We are really excited for this one, aren’t we?

Ali Zafar was one of the first few actors to make it to Bollywood! He has previously starred in Indian movies Tere Bin Laden, Total Siyapa, London, Paris, New York, Mere Brother ki Dulhan, and Kill Dil. He was also roped in for the 2017 flick Golmaal 4, seems like that might not be the case anymore.

Soon after the first look was revealed, Zafar shared a candid photo on his Instagram with the whole cast of Dear Zindagi. The snap is from a dinner Khan organized for the whole team!