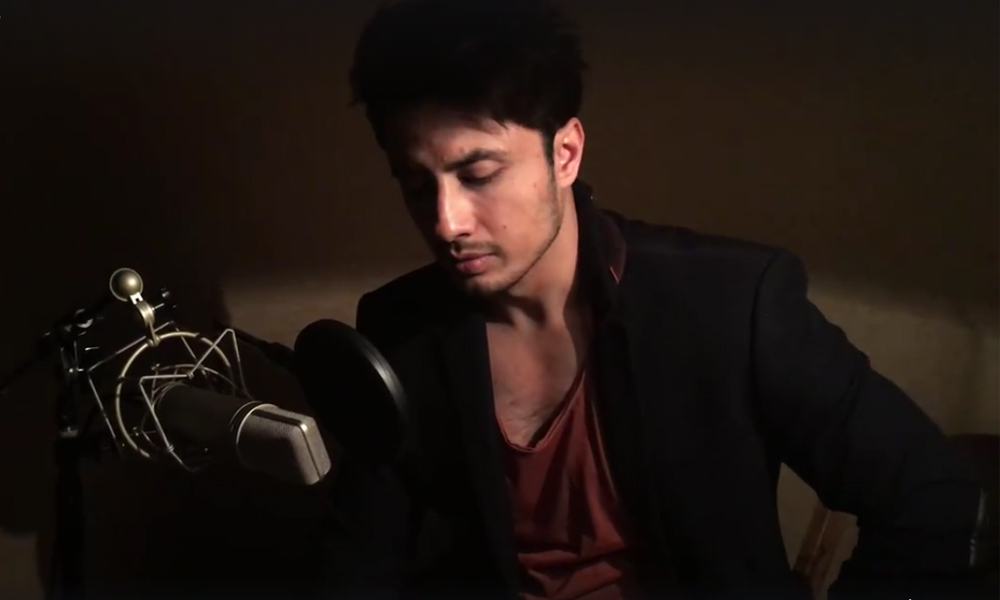 Taher Shah is a sensation and there’s no denying that. His popularity has reached to such heights that superstars like Ali Zafar are paying tribute (pun intended) to the genius. The original Rockstar rendered his baritone voice to give Taher Shah’s Angel song a dramatic look.

Updated last night, the video has gone viral garnering thousands of views.
Pakistan’s latest singing sensation, Taher Shah also penned a blog where he talked about his ideology, feelings and motivation behind his new viral song, Angel. In his blog, Shah shared his thoughts on how he came up with the idea behind ‘Angel’ song:

“Mankind is a beautiful “Angel”. Loneliness, love, and children are the key elements in his life. Life is god’s gift, loneliness itself is a lesson, Love is heaven and children are “Angels”. These three aspects all have the same meaning that humans should spread love, in loneliness express love then for their children and the world. Since “Angel” like love truly is life’s actual meaning and beauty with this in mind I created the poetry and wrote this song “Angel”. 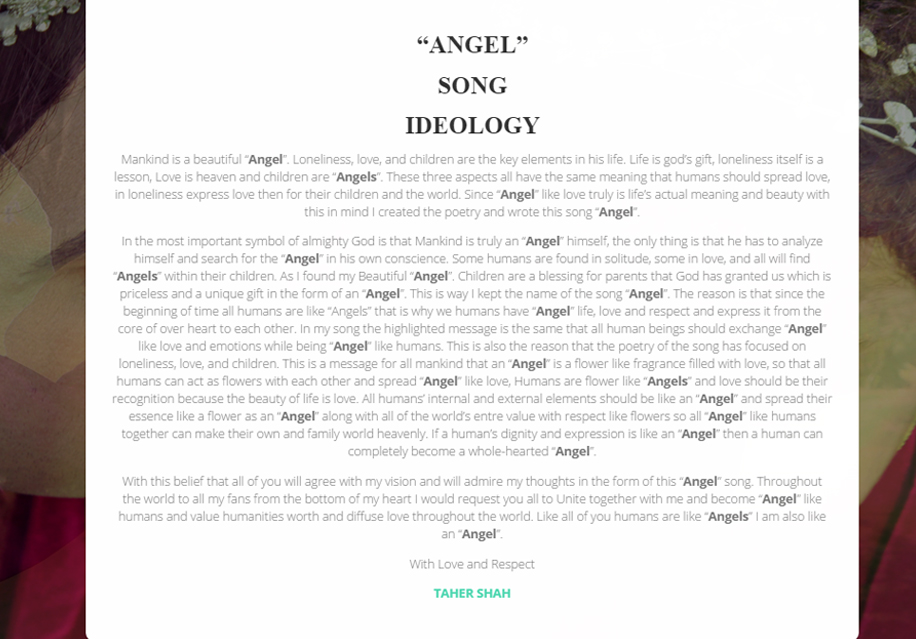 The self-proclaimed celebrity, who vowed to not care about what people think of him, has released yet another angelic music video and the fans are raving about it. After all, we can either hate him or we can love him but we cannot just ignore him.

The video is already graced by more than a million views but if you are still amongst the lucky few to haven’t watched the video, do it now: