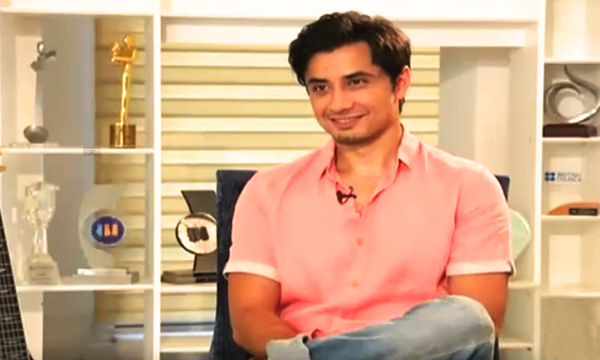 Ali Zafar talented singer turned actor recently appeared on “The Reham Khan Show”, where he shared his values and wanted to pass them onto his young fans. As a few words of advice, he said, “Never look for shortcuts”.

According to Ali, hard work doesn’t require one to be modern or to belong from an upper-class family.

Talking about his project, he said, “I left two to three film offers in Bollywood because making a film, producing and writing it demands sacrifice. I closed myself off from the world for six to eight months in order to write the script for Deosai”.

Adding on about his love for the Northern Areas of Pakistan, he said, “I went and lived in Skardu, Hunza, Deosai and Astore. I want to show this side of Pakistan to the world.”

Ali said that youth needs to understand that behind the successful and glamorous life there is a lot of effort, blood, sweat and tears.

Ali also added said, “Times are changing and so is our generation. We don’t need to wear a high profile waistcoat to show how pure we are”.