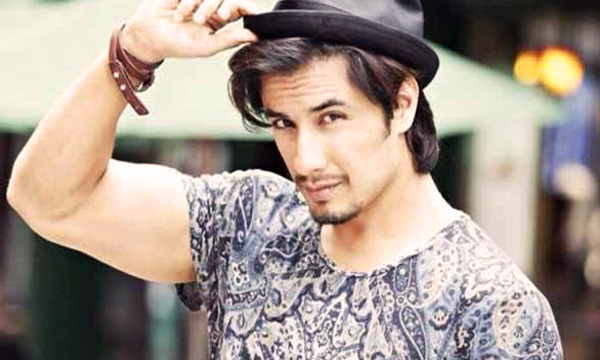 News making rounds about Ali Zafar being replaced in the upcoming Bollywood flick ‘Dear Zindagi’ featuring Shahrukh Khan & Alia Bhatt owed to the soaring tensions between Pakistan and India. However, the director Gauri Shinde finally confirmed the news and has denied all such rumors, reports Pinkvilla.

According to a recent interview to Pinkvilla, Gauri Shinde clearly said, “Nobody is replacing anybody”. Rumors have been flying because Ali Zafar is nowhere to be seen in the movie promos, or songs. A news report by Bollywoodlife.com revealed earlier that makers of Dear Zindagi wanted to stay away from any controversy and ultimately decided to replace Ali Zafar with B-town’s rising star, Tahir Raj Bhasin. Fans will be delighted to know now that Ali Zafar is very much in the movie.

For those who don’t know, Ali will be playing the role of one of Alia’s love interest in Dear Zindagi. What is more, Ali Zafar is nowhere to be seen in Dear Zindagi’s teaser or trailer.

Watch the promos of the movie Dear Zindagi below:

The political hullabaloo between India and Pakistan has taken over the entertainment industry in both the nations. Bollywood has placed a ban on all Pakistani artists and Pakistan cinemas have banned Indian movies in cinemas. Fawad Khan’s role was not chopped off from Ae Dil Hai Mushkil.  Seems like Ali Zafar is luckier than Khan.

Dear Zindagi is slated for a November 25th release. Now that our favorite singer is still in the movie, we are more than excited to watch it! Let’ see if the movie makes it to the cinemas in Pakistan.

What do you think of this news? Let us know in the comments section below.