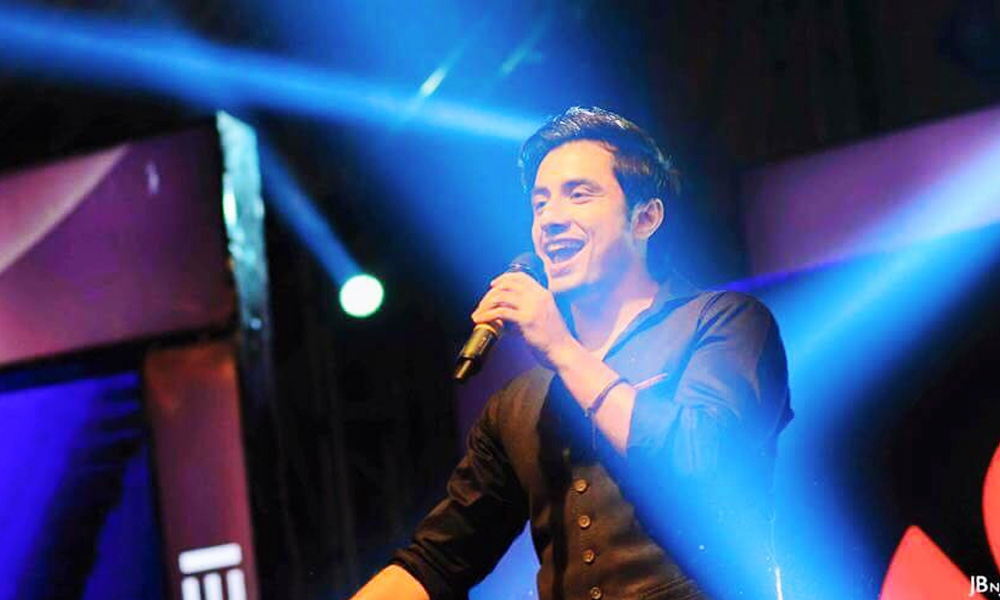 After the whole Pak-India controversy, and Fawad Khan’s Ae Dil Hai Mushkil becoming the first victim to it, it was only delightful to see none of Ali Zafar’s scenes being chopped from the latest Bollywood flick, Dear Zindagi. However, two of Ali Zafar’s romantic melodies were replaced with Arijit Singh’s voice in the music album, disappointing Ali and his fans a great deal. Playing a musician and one of Alia Bhatt’s boyfriends in the movie, two of the most beloved movie songs ‘Tu Hi Hai’ and ‘Taarefon Se’ were crooned and picturised on Ali Zafar. Sadly enough, however, both these songs have been replaced by Arijit Singh’s voice in the music album released online.

Ali Zafar looked clearly upset with his songs being removed from the movie. This is what he responded to one of the fans on twitter:

Unfortunately not 🙂 only in the film in my voice. So keep watching. https://t.co/cww5UCYIEl

Check out our very own rockstar #AliZafar @ali_zafar serenading @aliaabhatt in #DearZindagi! More power to you Ali Z! 🙌🏽✨#AliZafar #AliaBhatt

The singer/actor was also missing from the four trailers of the movie released earlier, to avoid any kind of conflict or controversies surrounding Pakistani artists!

Out of all the Bollywood flicks, Ali Zafar has had at least, one song in every movie.

On Friday, Ali did a live streaming session on his Facebook account and sang ‘Tu Hi Hai’ song from the movie!

During the live streaming, he talks about his character by saying, “Oh yes, Dear Zindagi has released today and my character’s name is Rumi. Also, Rumi is my favorite poet.” Gauri Shinde’s directorial also stars, Angad Bedi, Kunal Roy Kapur and Ira Dubey.