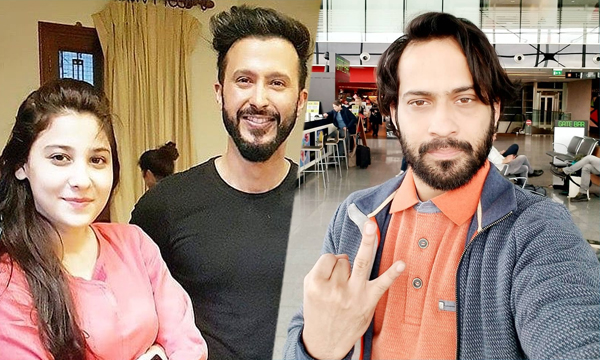 Meesha Shafi and Ali Zafar’s harassment controversy has resulted in a battle of the sexes in Pakistan. Men and women are at odds over the whole issue and instead of smartly solving the matter, there are people who are seen fanning the flames.

And one person who ended up doing just that is none other than Waqar Zaka through his contentious tweet.

The tweet stirred up a debate on social media and it was only a matter of time before somebody shut down Zaka.

Apparently, Pakistani celebrities Ali Kazmi and Hina Altaf couldn’t help taking notice of the matter. The duo, it seems, decided to address Waqar’s tweet in a different manner. Instead of commenting, they chose to reply through a video.

Take a look at the humorous response of these two. We are sure that it will have you cracking up!

Well, let’s see what Waqar Zaka has to say about the video!

For those who are unaware, Meesha Shafi had posted a tweet in which she accused Ali Zafar for sexual harassment and physical abuse.

Ali Zafar too took to his Twitter account and tweeted a reply in which he stated that he will take this matter to the court.

And it seems that the singer-cum-artist has followed through. Just yesterday his legal team sent a notice of Rs. 1 Billion to Meesha. The notice stated that she take down the accusing tweet and issue a public apology to Ali, failing to do so would result in compensation.

Phew! What are your thoughts on Waqar’s tweet? Did you find the video posted by Hina Altaf and Ali Kazmi a fitting response?