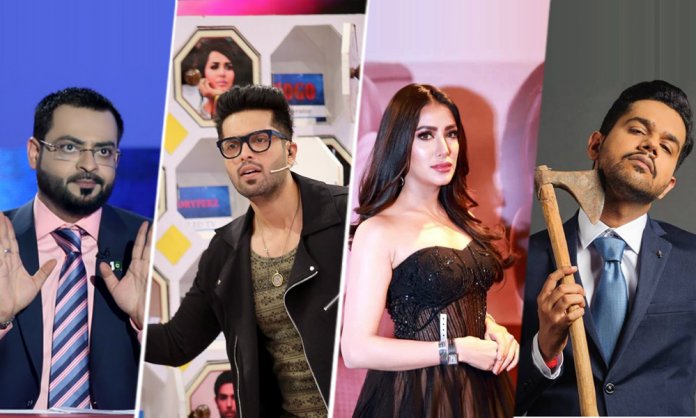 The Government of Pakistan honored the Pubjab Nahi Jaongi actress Mehwish Hayat with a Civil Award on 23rd March for her exceptional contributions in the entertainment industry.

As soon as she received the award, her fans around the world came out to support her and proved that this is a moment of joy.

Unfortunately, Mehwish Hayat also received much criticism and people started to question what made her a deserving candidate for the award.

Similarly, TV anchor Aamir Liaquat took to his Twitter account and criticized the actress. He also threatened to sue her blockbuster movie Load Wedding for defaming him.

Nabeel Qureshi, Fizza Mirza, Mehwish Hayat, and Fahad Mustafa will soon face the court for defaming me in LOAd Wedding.  moreover, what our artist  must be thinking when it was announced that Mehwish Hayat has worked in films and dramas more than anyone.

Ur supposed to be a politician now, try acting a bit mature by not picking at an artist but doing ur job to promote Pakistan and it’s people #haterAlert.

Ur supposed to be a politician now, try acting a bit mature by not picking at an artist but doing ur job to promote Pakistan and it's people #haterAlert

Waqar Zaka too stood up for Mehwish Hayat and urged critics to respect her.

Laal Kabootar Review: Closer To Reality Than You Think