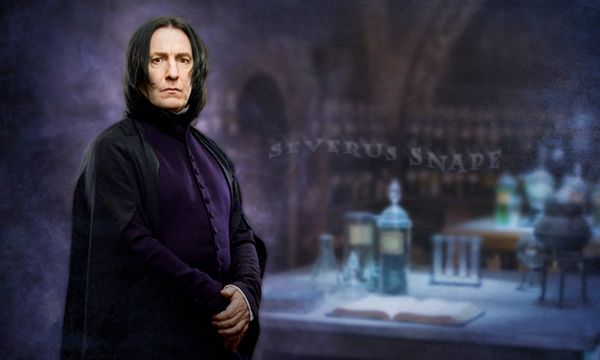 Alan Rickman has ended his run on this stage and left the world at the age of 69.

The talented and adored actor had, according to his family, been suffering from cancer, and finally gave in to the battle today.

There is some comfort that he died surrounded by those who loved him most, but the world still mourns.

Rickman was one of the best British actors of his time, on the stage and on screen, with a singularly unique voice.

While he played many characters over the course of his illustrious career, his portrayal of Professor Snape in the Harry Potter movies will forever be in our hearts.

With his distinctive voice and skillful acting, he truly brought the character to life.

As an ode to the actor, let’s have a look at some of the most iconic quotes he said as Professor Snape!

“There will be no foolish wand-waving or silly incantations in this class. As such, I don’t expect many of you to appreciate the subtle science and exact art that is potion-making. However, for those select few… I can teach you how to bewitch the mind and ensnare the senses. I can tell you how to bottle fame, brew glory, and even put a stopper in death.”

“You dare use my own spells against me, Potter? Yes, I’m the Half-Blood Prince.”

“Weasley’s wand causes devastation with the simplest spells. We’ll be sending Potter to the hospital wing in a matchbox.”

For all Harry Potter lovers, Alan Rickman really captured the essence of who Snape was, and for that, we will always be grateful.

All the Potterheads will be raising their wands in respect to this amazing actor, and the joy he brought to us through his work. Rest in peace, Alan Rickman.