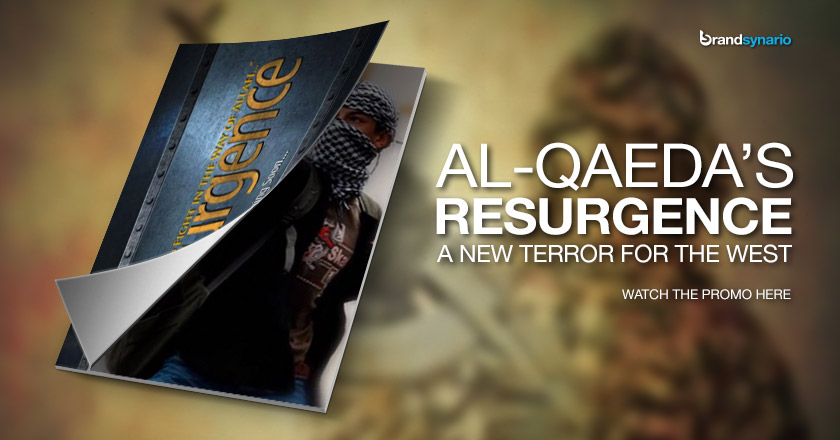 Al-Qaeda, a name that needs no introduction in the world of terror is now for the very first time launching its e-magazine by the name of “Resurgence” in English Language.

Resurgence is a magazine that is to communicate the words/message of the terrorist group to the world, mainly aiming at the western world. A promo video regarding the magazine’s launch was uploaded by as-Sahb, a media production agency that has been in contact with Ayman al-Zawahiri for years now, serving as a mode of communication from their end.  Have a look at the video here:

The promo video features a message in these hidden wordings “talk the language that they understand”, while using the voice over of Malcolm X’s, a human rights activist, 1965 speech, who was martyred promoting US Muslims. The promo video has shown different memorable yet controversial events, like attack on the US base in Afghanistan and Boston Marathon Bombings to name a few.

The magazine being launched is not the very first one of its kind; a similar magazine was launched previously by an Al-Qaeda’s splinter group in Arabian Peninsula as well.

The purpose as deemed by many publications and critics for the launch of Resurgence is to gain a control over the international communication channels while also reinforcing Al-Qaeda’s terror in the Western world.

The video uses promising and influential words to draw inclinations as well as to justify different terrorist acts.

Different Publications around the world have given various names to Resurgence’s birth; these various views include:

It is with no doubt, that with the launch of Resurgence; Al-Qaeda is shifting its aim towards the western societies or to phrase it more appropriately, towards the Muslims Immigrants living in the Western world.