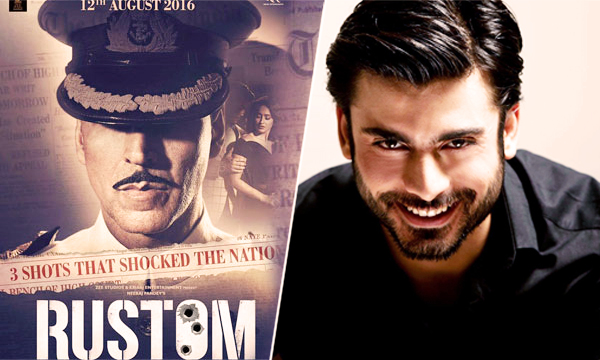 Akshay Kumar’s recent flick Rustom has been doing really well at the box office and hence, the singer decided to thank the fans and his colleagues who promoted his film, in a hilarious video.

Akshay took out time to wish all the Bollywood stars who wished him luck with special video messages before the release of the movie. His movie Airlift also did pretty well at the box office and now the actor shared a hilarious video on Instagram.

The actor can be seen hula-hooping on the bed and thanking his co-stars, looking just so comical.  Akshay is witty as hell and we all know that; forced by his humorous nature, Akshay even ran the following disclaimer:

“All the characters mentioned in this video are superstars. My opinions are mine, unless you agree, in which case they’re ours. Thank you. Shukriya.”

Akshay even sang a song for Fawad Khan in his quirky video- have a look!

The Pakistani heartthrob Fawad Khan has a message for Akshay Kumar for his upcoming Bollywood movie Rustam. With tensions high on both sides of the border, any movie with a hint of controversy or anything that might be deemed offensive by the Pakistani authorities results in it being banned in the country. In a tweet released by Box Office Detail, it was confirmed that the much awaited Akshay Kumar movie, Rustom will indeed be screened in Pakistan.

Censor reports, Film delivers up to its expectations.. Releasing under IMGC this Friday.. @akshaykumar

And what’s better than Pakistani dreamboat, Fawad Khan also sharing his joy on the release of the movie with a video message for Akshay Kumar on Twitter.

Rustom which is set to be released 12th August worldwide is a crime mystery starring Akshay Kumar and Ileana D’Cruz in the lead roles along with Esha Gupta, Arjan Bajwa, and Pavan Malhotra.

Rustom talks of infidelity and extra-marital relationships. Based on the sensational Nanavati case where Indian Navy Commander Kawas Manekshaw Nanavati was tried for the murder of Prem Ahuja, his wife’s lover.

With people lining for hours for the film’s tickets, we can only hope this film lives up to the hype that has been created. We can’t wait to see the movie.