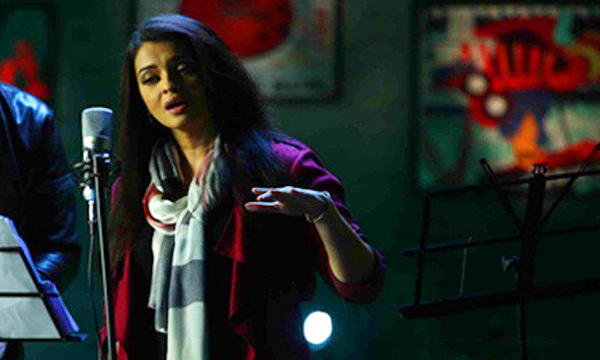 Former Miss World and the Bachchan Bahu, Aishwarya Rai Bachchan is marking her Bollywood comeback with the movie, Jazzba which is slated for release on 9th October 2015.

Aishwarya Rai Bachchan is turning into a playback singer for the music of the movie, Jazzba, by lending her voice for the song number “Bandeeya” in the movie.

Initially, rumours were rife that Aishwarya will singing the song with Irrfan Khan, however, the pictures released show only Aishwarya taking the lead for the first time as a songstress.

Following the footsteps of Salman Khan, this mainstream actress is all set to turn into a singer for this song from the movie, Jazzba. Here we can see her practising her vocal chords alongside Jubin Nautiyal.