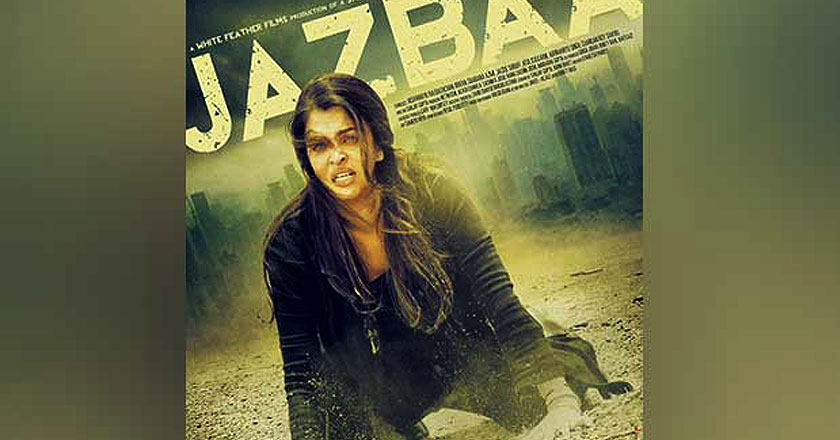 A hibernation of five years seems to be worth it for the timeless beauty Aishwarya Rai Bachan, for now she is back with a bang in Bollywood’s crime thriller Jazbaa.

The action-packed trailer showcases Aishwarya in the avatar of a lawyer with her co-star Irrfan Khan who plays the role of a suspended cop.

A Sanjay Gupta movie, Jazbaa’s first glimpse was unveiled for a special showcasing on Tuesday, May 19 at the 68th Cannes Film Festival, being attended by both Gupta and Aish.

The excited director took to twitter to announce the release of the movie’s opening look at the festival.

Today we are sharing a scene of #JAZBAA at our event in Cannes with the global media. But there will be no cameras allowed.

A grungy green look against a dusty city’s skyline, the poster features Rai looking rough and tattered with a spark of ‘Jazbaa’ in her eyes.

The former Miss World will be seen in a new avatar of a defense lawyer who is blackmailed to endorse a death row convict.

While the Bachan Bahu has apparently performed a couple of daredevil stunts and fighting scenes in the movie, she could not help making heads turn at the 68th Cannes Film Festival.

Dressed in a sleek, maroon off-shoulder, Oscar de la Renta silk and organza gown, the green-eyed L’Oreal ambassador made a stunning entry at the festival for her comeback movie’s first poster launch.

With all eyes on Aish and her return, hopes are being set high with Jazbaa which has been slated to be released on October 9 this year.