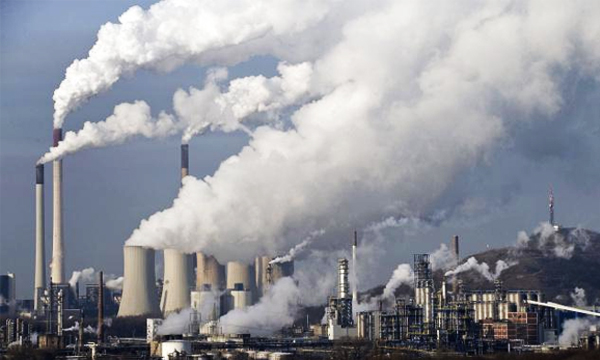 According to a study by the University of Birmingham and the University of Hong Kong, long-term exposure to environmental pollutants, and more specifically, to ambient fine particulate matter, is associated with an increased risk of mortality for many types of cancer.

The study followed 65,000 people in Hong Kong over 13 years. For women, there was an 80% increased risk of mortality from breast cancer, and for men the risk of dying from lung cancer increased by 36%.

The air that we breathe exposes us to an increased risk of cancer, particularly cancers of the lungs and digestive organs. A new UK study supports the 2013 decision by the World Health Organization’s International Agency for Research on Cancer to classify outdoor air pollution as a whole, as well as the particulate matter contained in outdoor air pollution, as carcinogenic to humans.

The cancer risk is caused by the hydrocarbons and heavy metals produced by transportation and power generation which are diffused in the atmosphere. This fine particulate matter, which has a diameter of less than 2.5 micrometers (PM2.5), finds its way into the body via the respiratory tract.

6 Ways To Maintain Your Detox Program

The study recruited 66,280 people aged 65 or over between 1998 and 2011. Smoker status was adjusted for, and deaths that were possibly due to competing diseases were excluded. In terms of the environment, annual concentrations of PM2.5 were estimated at the subjects’ homes using satellite data and fixed-site monitors.

The findings were published in the journal Cancer Epidemiology, Biomarkers & Prevention. They indicated that the risk of dying from any cancer rose by 22% for every 10 micrograms per cubic meter increase in exposure to PM2.5.

This 10 microgram per cubic meter increase was associated with a 42% increased risk of dying of cancer in the upper digestive tract. And the risk of mortality from cancer in the accessory digestive organs — the liver, bile ducts, gall bladder, and pancreas — increased by 35%.

A Walnut a Day Keeps the Doctor Away: New Study

Women were the most affected

The most alarming result was for women. Every 10 microgram per cubic meter increase in exposure to PM2.5 was associated with an 80% rise in the risk of dying from breast cancer. And for men, the figure was 36% for lung cancer.

The researchers put forward a number of explanations for this phenomenon: defects in DNA repair, an impaired immune response and inflammation that triggers angiogenesis which enables tumors to spread. In the case of the digestive organs, pollution could affect gut microbiota and therefore facilitate the development of cancer.

This work will lead to further research in other countries to establish whether there is a similar association between particulate air pollutants and cancer deaths.

The scientists concluded that while pollution is a risk factor for cancer, it is just one among numerous such factors. They added that diet and exercise could be more significant risk factors and are more easily modifiable.