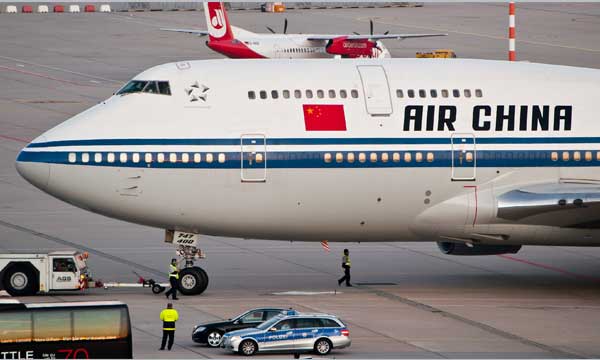 Air China, the Chinese national airline, will start its operations in Pakistan with three flights a week between China and Pakistan, Mr Hu Haitao, Air China’s general manager on the launching ceremony themed “Silk road in the air’’ held in Islamabad addressed that the ‘’ Chinese national flag carrier would be starting the new service today, 26th of October 2015’’.

Air China will launch its new route to connect the Chinese capital Beijing with Pakistani major cities of Islamabad and Karachi. The flight schedule would be Monday, Wednesday and Friday respectively while A330-200 operations.

The launching ceremony was organized in Islamabad and attended by Pakistan’s defense minister Khawaj Muhammad Asif. Chinese Ambassador to Pakistan Sun Weidong, representatives of corporate sector and other officials from both sides.

Sun Weidong stated that increasing the number of flights between China and Pakistan will help achieving mutual benefits and win- win results for both sides.

The same flight will connect Pakistani passengers to other destinations like USA, JAPAN, KOREA and many other countries

Air China’s new route to Pakistan is one of its four new routes connecting China with different countries in Asia to be launched in October. Air China will launch its three more routes linking China with India, Malaysia and Sri Lanka later this month.