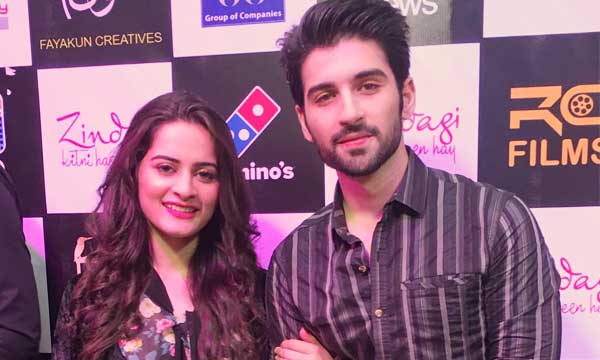 Love is in the air for our Pakistani celebrities! After Urwa Hocane and Farhan Saeed’s wedding took the nation by storm, there is a line of superstars who are all set to tie the knot and make it official. Recently, television actress Yasra Rizvi is getting hitched to the producer, Abdul Hadi! Now, the buzz is that the cutesy starlet, Aiman Khan and the hottie, Muneeb Butt are getting engaged next year!

An ecstatic Aiman took to Instagram and revealed the date of the big day, 6 January 2017!

The adorable pair has been spotted together on several occasions- be it award ceremonies, dramas or celebrity parties. The love birds are just inseparable!

Now it is apparent to the whole world that Butt had his eyes set on Aiman since ages!

I missed you!❤️ good to see you after so many days!💕

Both have been dating for quite a while. It was about time the good-looking couple decided to tie the knot!

Here is to hoping we soon see Aiman stun as a beautiful bride and Muneeb rock as her handsome husband.

Congratulations to the happy pair!