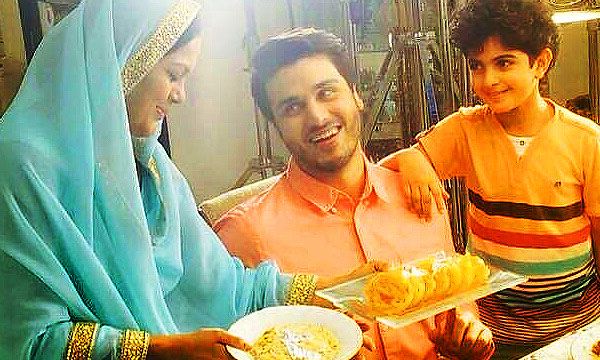 Ahsan Khan, Pakistani actor has been contacted by renowned Indian brand, Dabur for its promotional TVC in Pakistan.

Now that Fawad Khan and Ali Zafar, singer-turned-actors have made brilliant debuts in Bollywood and have become acclaimed actors. Fans have been anticipating the box office debut of Ahsan Khan in Bollywood as well.

No such news has been revealed yet, however the actor has recently shot an Indian TVC for Dabur in Dubai which features other Indian stars as well.

The Indian brand Dabur will also be promoted in Pakistan.

Have a look at the pictures posted by Ahsan Khan himself on his Facebook page: