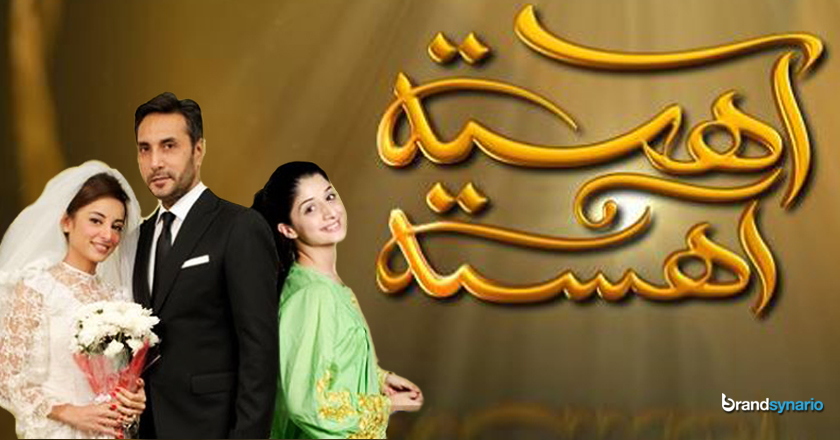 HUM TV seems to be under the spotlight these days, especially after the HUM Awards 2014. The latest upcoming trend setter by HUM, Ahista Ahista seems to be taking up most of the attention now.

This latest direction of Haseeb Hassan, being produced by Momina Duraid casting Mawra Hussain as Haya, Sheroze Sabzwari as Zwar and Sarwat Gilani as Sofia is already igniting an uproar amongst Pakistani drama serial fans.

Some of the show’s cast except for the above three also includes Jawad Sheikh, Adnan Siddiqui, Behroz Sabzwari, Hina Biyat, Mehr Jaffri and Saba Hameed.

With its very first episode gone on air last night, Ahista Ahista has gained more than 100,000 followers on its Facebook page.

Just a few days before the launch of this serial, Mawra came online to address her fans questions, followed by a long spree of messages from them. Many of the questions asked by the fans still stand in line to be answered with the show’s progress.