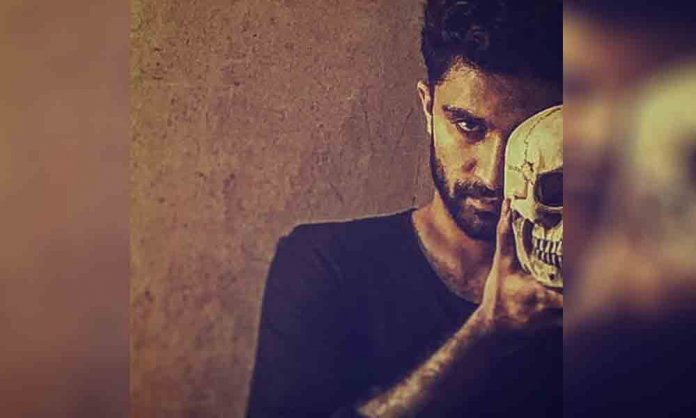 The young and talented Yaqeen Ka Safar actor Ahad Raza Mir has all it takes to make it successful in the showbiz industry.

From his flawless acting to his uber cool style, Ahad Raza Mir knows how to succeed with his multifaceted skill set.

After stealing millions of hearts in the movie Parwaaz Hai Junoon, Ahad is now all set to raise the bar with an exciting project for 2019.

After surprising us with his singing debut in the latest season of Coke Studio, this 24-year-old hunk has just revealed that he is going to star in a Shakespeare play.

The actor also shared his first look from his upcoming venture and we totally fell in love with it.

Sneak Peak. #Hamlet #gettingstabbedhurts Also really missing my fans. Wish there was a way for you all to see the show…and maybe there will be. #willgetstabbedformyfamily

The Shakespeare Company also shared the first look of the actor with the caption:

We are thrilled to have @ahadrazamir join us in the New Year for “Hamlet: A Ghost Story” with @Vertigotheatre!

We are thrilled to have @ahadrazamir join us in the New Year for “Hamlet: A Ghost Story” with @Vertigotheatre! Thank you to the @calgaryherald for featuring Ahad’s return to Calgary from Pakistan to play the melancholy dane. Check out our Twitter for the link. #yycarts #yyctheatre #Shakespeare #Shakespeareyyc #hamlet #hamletaghoststory

While talking about this exciting project, the actor revealed:

Theatre is very different from TV and film as you get the response of the audience at the moment. You can tell by the energy of the audience how they are interpreting the show.

It has been further revealed that the Shakespeare company with which Ahad is currently working in Canada contacted him three years back for the lead and he believes it just shows their level of commitment to him.

Can we just take a minute and admire Ahad’s ability to seamlessly transform himself into any character?

Well, we wish him the best of luck for his exciting project and we hope that he continues to make Pakistan proud around the globe.