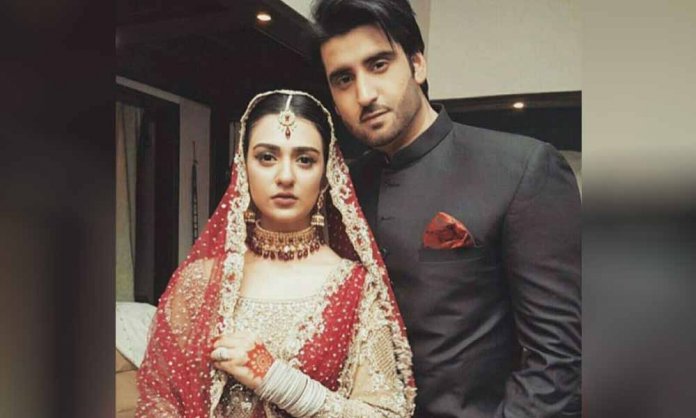 The two talented actors, Agha Ali and Sarah Khan, not only share perfect onscreen chemistry but also made a gorgeous real-life couple when they were together.

Rumors surfaced in 2017 that the love birds got engaged, leaving their fandom over the moon but both said they will publicly announce it if they get married. Agha Ali and Sarah Khan shared the screen in many dramas including ‘Band Khirkiyan’ and ‘Tumhare Hain’.

However, they both parted ways due to personal reasons and have not been spotted together ever since!

Recently, Agha Ali opened up about his breakup with Sarah Khan in an interview and finally, the Agha-Sarah fandom got an explanation they have been long waiting for!

Agha Ali believes that when you are a celebrity and you make something public then you actually owe an answer to all those people who were a part of it and who made it happened.

The actor went all emotional, revealing what he went through after their breakup and how tough it was for him to get over it.

It has been toughest for me to be honest. I could not work for months, I was isolated, I could not deal with it but then again, life has to go on.

Talking about Sarah Khan, he added:

I think from both our sides, it is fine and we’ll always respect each other. I immensely respect her. She’s a fantastic girl.

The ‘Band Khirkiyan’ star also advised his followers to respect their privacy and schooled those who came up with insensitive comments on their relationship, saying ‘Mind Your Own Business”!

You guys have no idea what you’re saying and what effect it can have on somebody.

ONLY BECAUSE I shared certain stuff doesn’t mean i owe you my life to anyone.

Agha Ali also appreciated the immense love and support he receives from his fans and said:

I love my fans. they are very understanding. the close fans write very good stuff and i love them.