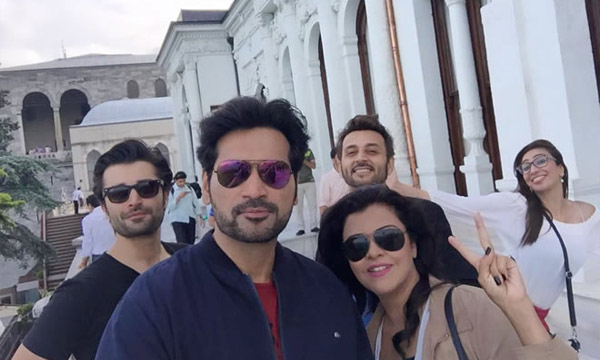 It wasn’t long when Pakistani dramas became super hit among Indian masses. Now the industry is all ready to enthrall Turkish audience with a newly launched Turkish channel that will focus on airing Pakistani drama content only. The channel will also have a morning show named ‘Sunrise from Istanbul’, hosted by  acclaimed actress, Maria Wasti. The morning show will be a joint venture between Pakistan and Turkey.

In the show ‘Sunrise from Istanbul’, Maria Wasti will take the audience on a journey to beautiful Istanbul. According to a local magazine, a new channel in turkey is set to be launched airing Pakistani Shows which will follow the same format as that of Indian channel, Zindagi.

The celebrities have been active on social media; posting, tweeting and sharing pictures live from Istanbul. Have a look at their tweets:

And these heroes have arrived as well! Woohoo pic.twitter.com/pvP6MQsde9

#HumayunSaeed and #HamzaAliAbbasi, travelling to #Istanbul from #Karachi for an exclusive TV channel interview. pic.twitter.com/Z1af0HMesB

#HumayunSaeed exploring the spectacular views of #Istanbul with friends #MariaWasti#AnoushayAshraf#FaisalRehmanpic.twitter.com/8B15uSSJFB

With the fabulous actor & a supremely nice human being Maria Wasti in Istanbul during my interview this morning pic.twitter.com/c1BI3Pell4