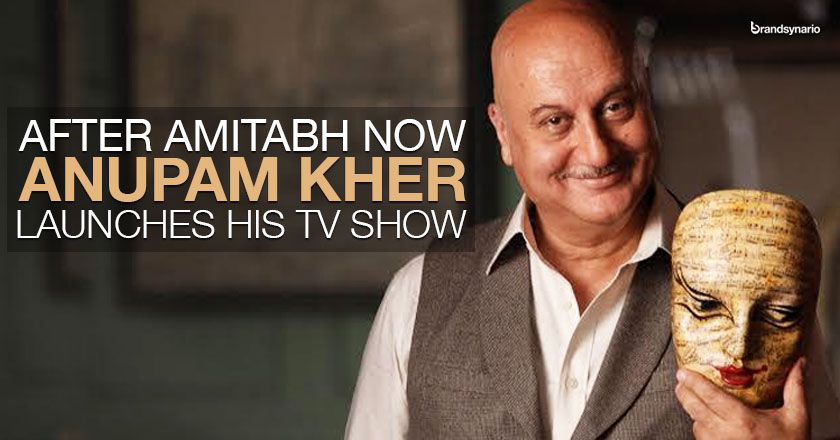 After hosting TV shows such as ‘Say Na Something To Anupam Uncle’, ‘Sawaal DusCrore Ka’ and the recent ‘Lead India’, Anupam Kher is now coming up with his own show ‘The Anupam Kher Show- kuch bhi ho sakta hai.’

The chat show is an extension of Anupam Kher’s own play ‘KuchBhi Ho SaktaHai’ where Anupam has spoken about his fears and failures and how he fought with his own destiny to achieve his goals.

However the 59 year old Bollywood legend won’t be entirely talking about him on the show, but will also be introducing different Bollywood legend’s simplistic side as common people.

The show’s first episode will introduce Shahrukh Khan, the man behind the legend and not the KIng Khan side of him.

Thank You @iamsrk for sharing your inspiring life with me on #TheAnupamKherShow. You are the BESTEST.:) @colorsTV pic.twitter.com/YhkPpUak3r

Anupam Kher thanked SRK for sharing his life on the show, while Shah Rukh said it was great fun spending time with him after a long time.

Furthermore, the show will bring Mahesh Bhatt and his daughter Alia Bhatt together for the first time, and will also unfold stories of celebrities including Vidya Balan, popular comedian Kapil Sharma and cricketer Yuvraj Singh.

The host of the show, Anupam Kher has promised his viewers that they will get to see their favorite stars in a completely different light on his show.