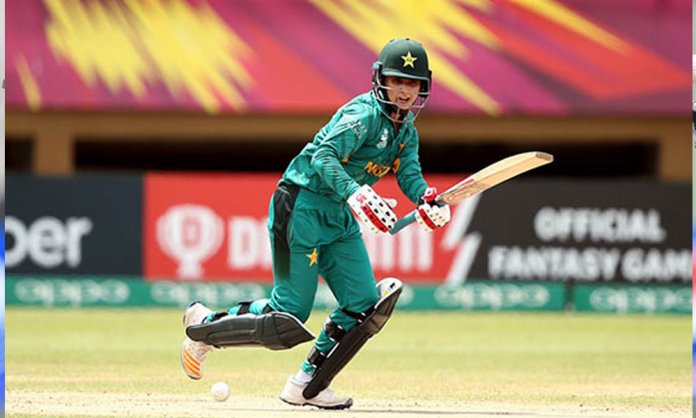 Nida Dar is the first Pakistani woman to get signed to the Sydney Thunder, an international cricket league.

Having played a total of 96 T20Is and 71 ODIs, she took 5 wickets in a T20I series against South Africa and scored 192 runs in five matches.

She is a 32-year-old cricketer with an impressive track record which has been acknowledged by many in the past.

Cool Nida Dar 😎 makes history and becomes the first Pakistani female cricketer to sign a deal with an international cricket league as she joins the Sydney Thunder for the Women’s Big Bash later this year. https://t.co/8wjX6nkiZM

A much deserved call up for @CoolNidadar. It will surely pave way for the future female cricketers of Pakistan. Go well and Enjoy
https://t.co/VhcK7bZZWh

You are a game changer Lady Boom Boom may your sixes go far and may your story inspire millions and all the best of the #WBBL tournament 👍🏽 @CoolNidadar https://t.co/Ko2iNABYdD

“You are a game changer Lady Boom Boom may your sixes go far and may your story inspire millions and all the best of for WBBL tournament,” he added.

He said Nida Dar had made a history when she became the first Pakistani to get signed to the Sydney Thunder franchise, wished her all the best of luck, and expressed hope that she would perform well for the franchise.

Afridi was Dar’s idol as a child, and she revealed in an interview that she used to play with her brothers and cousins on the streets.

Dar also expressed her joy at seeing the number of Pakistani women in sports increase and hoped that it would only continue to grow.

We are proud of Dar’s achievements and wish her all the best for her future endeavors. What are your thoughts?