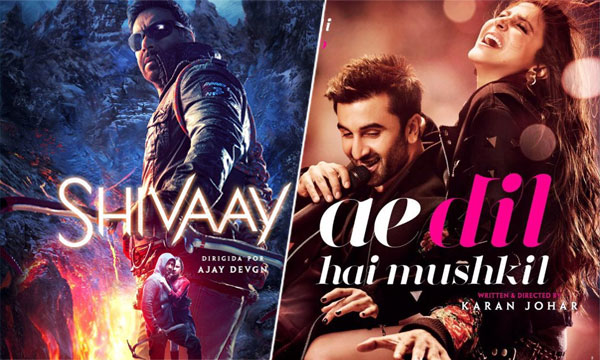 Are you guys ready for this year’s biggest Bollywood clash at the box office? Karan Johar’s Ae Dil Hai Mushkil & Ajay Devgan’s Shivaay were the highly anticipated October releases that have finally screened and are bound to give each other some tough competition- too bad these won’t be releasing in Pakistani cinemas.

The actual clash has finally happened! Ae Dil Hai Mushkil (ADHM) and Shivaay (Shivay) both started with a bang on the first day,  at the Indian box office, reports Indian Business Times. 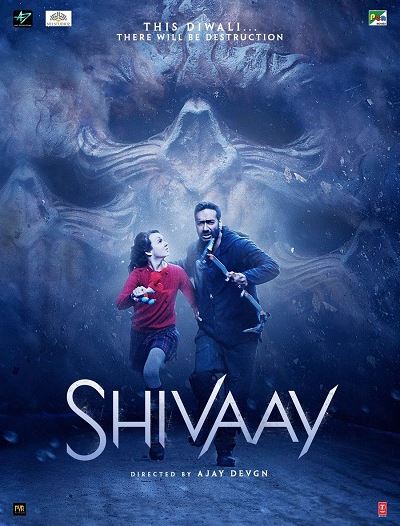 While the buzz about Ae Dil Hai Mushkil has proven to be true, and Karan Johar’s flick may have witnessed a bigger collection than Ajay Devgn’s on the opening day, fans just couldn’t stop raving about Shivaay’s stunning visuals, breathtaking action sequences, and heartwarming scenes.

Ajay’s flick still has a chance to beat Karan’s production in the coming week. See what Hrithik Roshan had to say about Ajay’s flick:

@ajaydevgn congratulations on shivaay. I have never seen action like this . Thank u for inspiring! Can't wait to watch the movie!

IMDB has given Shivaay a rating of 7.6/10 while Ae Dil Hia Mushkil lagged behind with 5.6/10 rating-Quite shocking considering the buzz and publicity that entailed Ae Dil Hai Mushkil and a higher opening day sale.

Twitter landscape was also abuzz with great reviews about Shivaay. Have a look at some of the rave reviews by leading dailies & exciting reactions below.

While BollywoodHungama called it a perfect emotional thriller:

#MovieReview #SHIVAAY is a perfect emotional thriller that scores high on visuals, action and performancehttps://t.co/Dwm6vejr3z pic.twitter.com/1y2G9b4BPP

#Shivaay Review: The Film is an #AjayDevgn show all the way.https://t.co/PUHwWzNV5H pic.twitter.com/JsN6wvJZsr

Donning the hat of the director, producer, and actor, Ajay Devgan has given a visual masterpiece in the form of Shivaay. The film has mostly been shot in Mussoorie, Bulgaria, and Hyderabad.

The general audiences and the Indian masses couldn’t stop singing praises for Shivaay.

Non Stop Praises & applauds for #Shivaay Public in India is going all Gaga over the action scenes of @ajaydevgn #YehDiwaliShivaayWali pic.twitter.com/fdCF6rRa47

The conflict about releasing both the Bollywood flicks in Pakistan has still not been resolved, and the movie industry is likely to suffer a major hit if Bollywood misses out on the Pakistani market chunk.

Gear up guys, some heavy dosage of entertainment is on your way! While Karan’s romantic drama flick will make you laugh and cry, Ajay Devgan’s ‘Shivaay’ is bound to do the same AND pacify your action thriller needs. The bigger question is, which movie will come out as the clear winner at the Box Office? We will soon be finding out in the coming week.

So which one of these are you heading out to watch first? Share your views below.