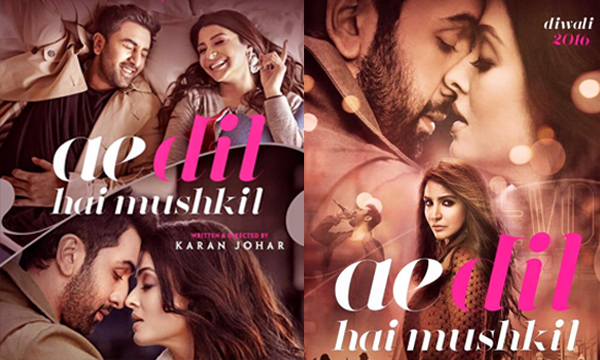 Seems like a love storm is about to hit Bollywood with Karan Johar’s much-hyped movie Ae Dil Hai Mushkil. Boasting a stellar cast of Ranbir Kapoor, Anushka Sharma. Aishwarya Rai Bachchan and Fawad Khan, the movie is all set to work its magic and has just released it first teaser!

For us, the promo is all about the glimpse of Pakistani dreamboat Fawad Khan. His mini appearance in the teaser, spotting his chiseled looks and killer smile is enough to make you weak in the knees.

What is more, the lyrical teaser in the voice of Arijit Singh is bound to melt your heart! Watch it right here.

The promo has created extreme curiosity and excitement for the flick! With its glimpse of love, heartbreak, happiness, and grief, Ae Dil Hai Mushkil’s teaser will give you feels. Shot in London, Paris, and Austria, you will get lost in the majestic scenes of the powerful romantic drama.

Since Ranbir Kapoor and Anushka Sharma have done a film before, we already know they would be riding high on a sizzling chemistry. However, it will be a treat to watch Aishwarya after ages in a romantic flick, that too besides the hunk Kapoor.

But another news reveals that the King of Bollywood, Shah Rukh Khan will be seen in a cameo role in the movie and will be Rai’s husband in the tale.

The movie is slated for a Diwali 2016 release. We have our fingers crossed!