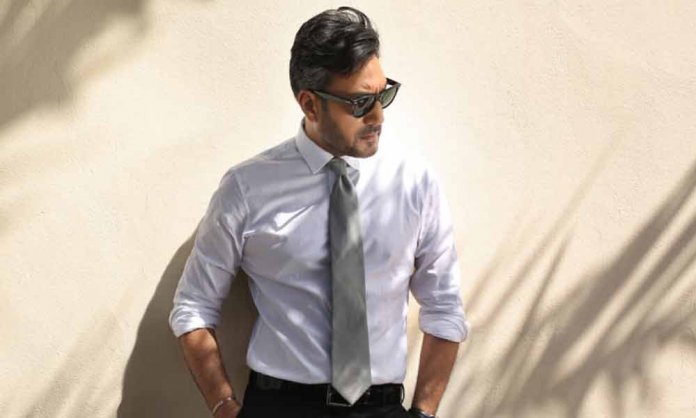 Adnan Siddiqui is on a roll and seems like Bollywood is calling him all over again!

Over the past few years, he has bagged exemplary projects and has delivered stellar performances.

From his powerful role in Sammi to his strong character in Ghughi; the actor has proved that he is a remarkable actor of his age.

Not to forget, Adnan blew away fans and critics with his acting in Mom. So much so, Bollywood could not get enough of his chemistry with the late Sridevi.

From the last few years, I’ve been doing one project a year and i’ve finally chosen the project for 2018. A few of you have been wondering about my new look with the curled moustaches. So yes, it is for the same. Fingers crossed. 🙂 Will share the star cast and more details soon. . . . #adnansiddiqui #actor #newproject #upcoming #shooting #actorslife #workmode #wednesday #evening #live #love #peace #drama #pakistan #moustache #beard #instagood #instamoment #instadaily #announcement #fingerscrossed

According to sources close to VeryFilmi, Adnan has been approached for yet another role in B-town, this time in a dance movie.

Apparently, the star is reading the script and will soon sign the film that also stars Shraddha Kapoor and Varun Dhawan.

Moreover, Adnan Siddiqui was also approached for an Ekta Kapoor TV serial. However, he has not accepted the offer.

Last year, the dapper gentleman surprised us all with his drastic transformation in Molty Foam TVC featuring Mahira Khan. Playing the role of her father, Adnan underwent a massive makeover to get his avatar just perfect.

Following that, Adnan Siddiqui was approached again to star in another Pakistani film featuring Mahira Khan and he is in talks with the makers to either accept or reject the offer.

Thought you guys would be bored of looking at the old and current pictures. So here’s my #tenyearchallenge 2019 and 10 years from now. Looking forward to be fitter, wiser, more forgiving and loving. I’ll be glad to look like my father in 10 years from now. PS- I just hope I don’t go bald. 😆 . . . #tenyearchallenge #2019 #future #like father #likeson #happy #glad #challenge #lookalike #resemble #adnansiddiqui #actor

Clearly, things are picking up for our superstar and we are elated that India is all set to welcome him again.

The movie’s name is a secret!

Jawani Phir Nahi Ani 3 is in the Making!