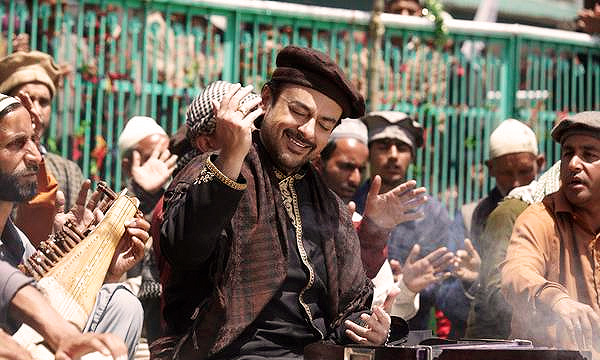 UPDATE: Pakistani singer Adnan Sami has finally been granted with the Indian citizenship effective from January 1st 2016, following his application to the Centre to validate his status in India on a humanitarian basis. Looks like 2016 is going to be a good year for Adnan Sami.

The Union Home Ministry Officials said that Sami is going to be an Indian citizen with effect from Friday. Starting from today, Adnan Sami is on a three-month visa extension, given to him on October 6th by the Home Ministry. According to The Hindu, Attorney-General Mukul Rohatgi finally gave an affirmation to the Ministry of Home Affairs (MHA) regarding Indian nationality of Sami, who has been living in the country for more than a decade. The singer has bene granted citizenship under Section 6 of the Indian Citizenship Act, 1955.

Initially setting foot in India in 2001, the Pakistani icon was dwelling in the neighboring nation on a one -year visitor’s visa. Later. he was allotted the right to live on Indian soil for an indefinite time period on humanitarian grounds after his expiration of Pakistani passport. Now, he has eventually availed exclusive rights of Indian citizenship.

Throughout his stay, Sami has devoted his vocals to various Bollywood movies. His much recent work was for Salman Khan’s Bajrangi Bhaijaan qawwali tune.

While the vocalist from Lahore must be ecstatic with the news, Twitter appears to be quite skeptical. Check how Twitterati from both India and Pakistan reacted on Adnan Sami Khan getting hold of Indian citizenship.

Now that #AdnanSami has applied for #Indian citizenship, will more disgruntled #Pakistani artistes follow him? Perhaps.

Adnan Sami gets Indian citizenship…Hina Rabbani should be next in line. #AdnanSami

Adnan Sami should get back to the place he belongs. He should enjoy the citizenship of extremist India. #AdnanSami

#AdnanSami Is Now Officially A Man Who’s Afraid Of “Kabootars”

Who ever denounces their nationality for another, should never be issued visa to visit home #AdnanSami #Pakistan #India

#AdnanSami We should be thankful that we get rid of him. Now, ban all movies in which he sung or gave music https://t.co/3qqrkYf4R6

Modi’s India has become so intolerant that #AdnanSami gave up his Paki citizenship and wants Indian citizenship Sigh! Not my idea of India😭

If you like a pak singer give him Indian nationality & if you hate burn his effigies. Manmaani sarkar ka!!!! #AdnanSami#indiangovernament

What do you think of Adnan Sami’s ownership of Indian citizenship? Share your views in the comments below!