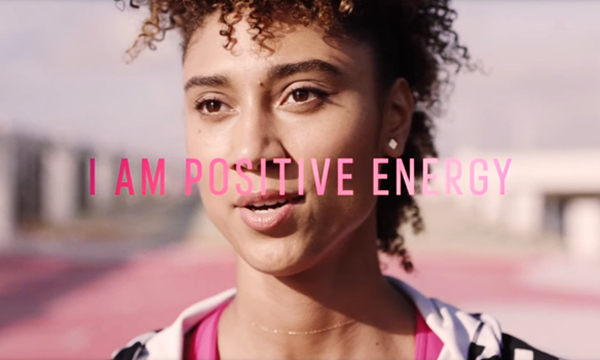 Adidas is set to launch an innovative new running shoe on Monday, PureBOOST X. After feedback from female athletes requesting “a running shoe with looks to keep up with the energy of its performance,” Adidas set out to design a running shoe specifically with women in mind, and one that would combine both style and performance.

And so rather than adapt a shoe made for their male counterparts, adidas PureBOOST X has been developed with the help of Aramis, a state-of-the-art motion-tracking technology that studied the specific movements of the female foot during running.

The result is a running shoe that not only fits perfectly to the contours of the female foot but also offers the flexibility and protection needed. PureBOOST X works with the natural movement of female feet, but also supports the foot no matter how far or hard you run with its first-of-its-kind floating arch across the upper. Other sleek design features include a stretchy, mesh upper for flexibility, and an energy-boosting foam cushioning formed with the brand’s unique BOOST foam capsules. These capsules absorb shock and impact as you pound the pavements, and provide your feet with “more energy return than any other foam cushioning material in the running industry.”

The adidas by Stella McCartney version will be available in two colorways (Dark Blue/Granite/Dark Blue and White/Dark Blue/White) on adidas.com and select retailers for $170 starting February 15.

You can watch PureBOOST in action here on YouTube: