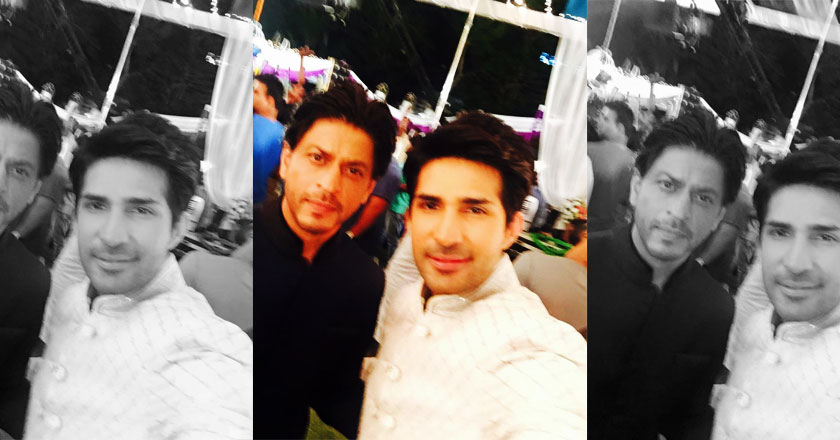 Pakistani singer turned actor, Adeel Choudhry is all set to star alongside the Bollywood King Shah Rukh Khan for an Indian ad.

The Lahore based singer, who started his career with debut album ‘Koi Chehra’ will be seen as SRK’s younger brother in India’s famous tobacco brand, Pan Parag. He shared some behind the scene snaps on his Facebook page saying, “It’s an honor to shoot with King Khan.”

Its an honour to shoot with King khan

Following Ali Zafar’s footsteps the singer has also signed 3 Bollywood movie, out of which two are expected to release this summer. In an interview to an Indian website, Adeel said, “I always wanted to become an actor. I have grown up watching some great movies of legendary Indian actors like Dilip Kumar and Amitabh Bachchan, and their acting has inspired me a lot.”