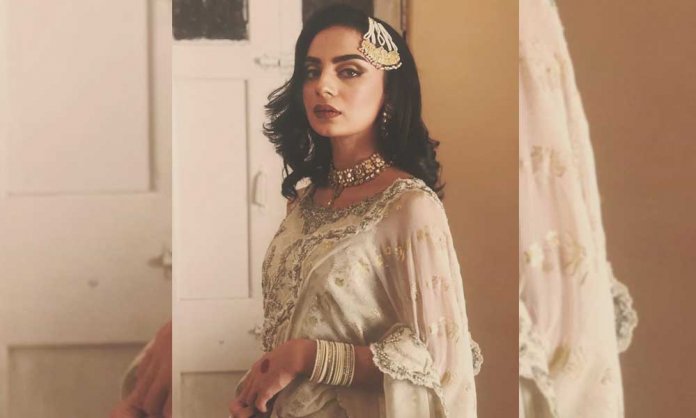 Mehar Bano the emerging star of Pakistani drama industry is providing the audience with one after another mesmerizing performance.

She was a little bubbly sister in Balaa who made the viewers fall in love with the innocence of the character. We cried buckets when Batool met her tragic end in Balaa.

Recently, drama serial ‘Mere Paas Tum Ho‘ has become one of the favorite Pakistani dramas these days! Penned by Khalil-ur-Rehman Qamar and directed by Nadeem Baig – the drama has managed to keep the audience on the edge.

The actress shared, “still can’t believe I danced with the @saeedhumayun
I used to watch him on tv. And now. I am on tv. With him anyway, I totally never asked you guys what you think of #anoushay in @meraypasstumho Let me know in the comments.”

The actress plays the character of Anoushey who’s a close friend of Ayeza Khan in the serial. She’s wealthy and separated from her husband and also an acquaintance of Adnan Siddiqui.

Although, we don’t see much of Anoushey in the show as the plot has evolved but we do believe that her character might grace the screen again.

Her popular work also includes Mor Mahal, Dilemma, Daag, motorcycle girl and Lashkara. With a fit physique, a chiseled jawline and those curly locks, Mehar Bano has some award-winning features.

The actress, model and filmmaker also runs her dancing and theatre institute in Karachi known as Sway Dance Project.

We hope to see more of Mehar Bano on-screen working her magic! What are your thoughts about her acting skills?